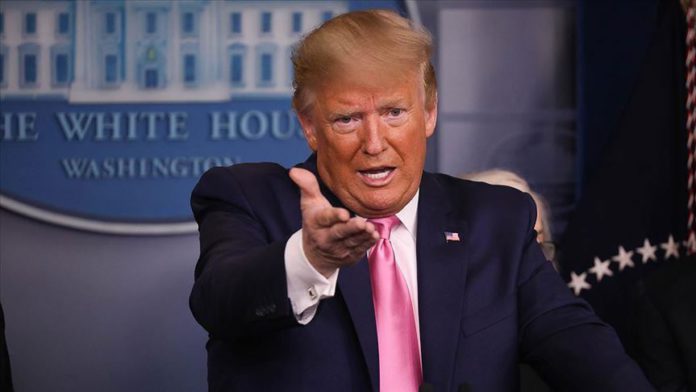 US President Donald Trump cancelled Thursday the large in-person portion of the Republican National Convention he had planned in Jacksonville, Florida over surging numbers of coronavirus cases in the state.

“I looked at my team and I said, ‘the timing for this event is not right. It’s just not right with what’s happened, the flare-up in Florida,'” Trump told reporters at the White House. “To have a big convention, it’s not the right time.”

Trump had for months insisted on holding an in-person large format convention.

He angrily shifted it from Charlotte, North Carolina to Jacksonville in June after he clashed with Gov. Roy Cooper over the safety of holding the large gathering amid the pandemic.

But Florida has seen swelling numbers of COVID-19 cases in the time since, becoming the state with the third highest number of confirmed cases, according to a running tally being compiled by Johns Hopkins University. It reports 389,868 positive tests in the southern state.

Duval County, where Jacksonville is located, has over 18,000 confirmed cases, according to the university.

Trump said he informed Florida Gov. Ron DeSantis of his decision, and said delegates would still convene in North Carolina to formally nominate him for president in the Nov. 3 nationwide election.

The president said he would still be giving a speech, saying it would take “a different form” without elaborating.

“But we won’t do a big, crowded convention per se. It’s just not the right time for that,” he said.