TurkishPress
Home News Trump asserts he asked for 'favor' for US, not himself 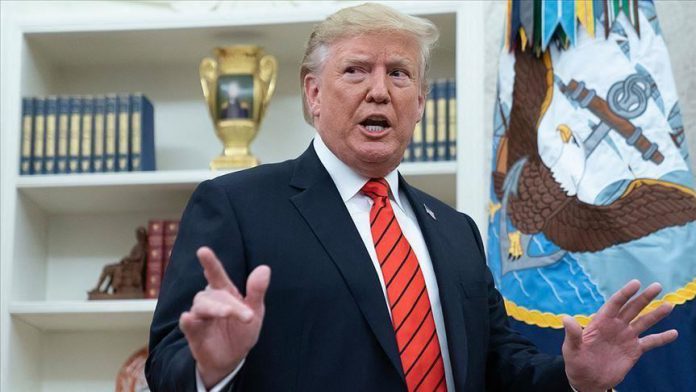 U.S. President Donald Trump has said Democrats mischaracterized a phone call he had with Ukraine’s president, claiming that in fact he asked Volodymyr Zelensky do to a favor for the country, not for himself.

“When I said, in my phone call to the President of Ukraine, ‘I would like you to do US a favor though because our country has been through a lot and Ukraine knows a lot about it.’ With the word ‘us’ I am referring to the United States, our Country,” Trump tweeted late Wednesday, referring to a July 25 phone call that has been cited

Read more: Trump asserts he asked for 'favor' for US, not himself