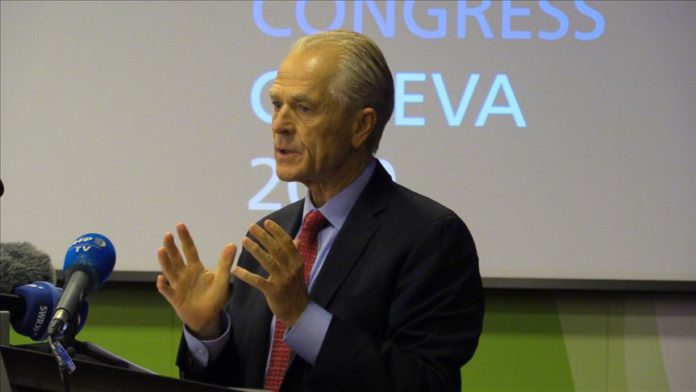 Fighting alongside American troops, 158 Canadian soldiers were killed and more than 1,800 wounded in the conflict.

In total, more than 40,000 Canadians served in Afghanistan — a major contribution considering Canada has 42,000 soldiers, including 23,000 regulars and 19,000 reservists.

Navarro is quoted in The Madman Theory, a book by CNN anchor Jim Sciutto released earlier this month, as saying, “I mean, every time that a Canadian shows up in a uniform, it’s doing us a favor? How’s that work?”

“My first reaction, honestly, was, ‘What an idiot,’” Rick Hillier told the Canadian Broadcasting Corporation, Canada’s national broadcaster. “Even if you believe those things, I’m not sure why you would make them, or why you would disrespect the service and sacrifice in this spilling of blood and the loss of lives by Canada’s sons and daughters who soldiered alongside our American battle brothers and sisters,” said Hillier. “Do you send your sons and daughters to make this great sacrifice so far away from home simply because you want to make points with an ally? No, you do not.”

Hillier was commander of coalition forces during the Afghan war in 2004, and served in close contact with American military leaders.

Navarro tried to backtrack on his comments Thursday, claiming they were taken out of context, even though the remarks were recorded as he talked with Sciutto for the book.