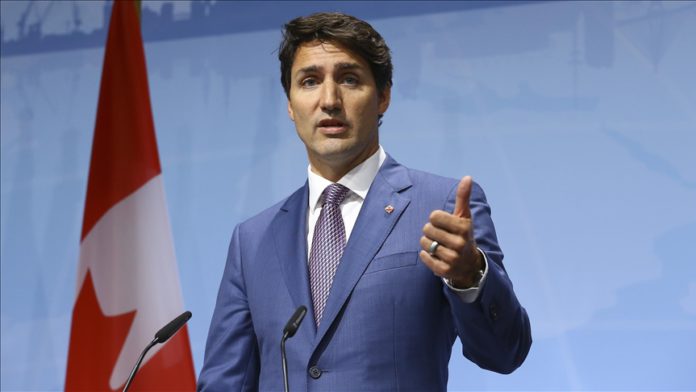 Prime Minister Justin Trudeau slammed Russia on Wednesday for shutting down the Canadian Broadcasting Corporation (CBC)/Radio’s Moscow bureau and for rescinding the press statuses and visas of journalists.

“Obviously the truth, responsible journalism, sharing what’s actually going on with citizens is a deep threat to (Russian President) Vladimir Putin and his illegal war and his authoritarian tendencies,” Trudeau told reporters.

Trudeau said the move was unacceptable and Putin was motivated by his fear of honest journalism.

“It’s unfortunate, but not surprising, that he’s trying to shut down strong journalistic institutions,” Trudeau said.

The CBC is partly funded by the Canadian government. It received $1.4 billion in 2021 but it owes no allegiance to Ottawa, said CBC News Editor-in-Chief Brodie Fenlon.

“Our journalism is completely independent of the Canadian government and we are saddened to see the Russian government conflate the two,” he wrote on Twitter.

The CBC’s Moscow bureau has operated for 44 years. Fenlon said he believed it is the first time any government has shuttered one of the agency’s bureaus.

“This appears to be another step by Russia to stifle a free and independent press within its borders,” he said.

Canada disallowed RT and RT France in March because it said Russian agencies were slanted against Ukrainians, calling it abusive content.

Trudeau said the action was necessary because RT and its French arm were putting out false narratives about the war with Ukraine.

Oil prices up as EU agrees on budget, coronavirus aid

'We have not been able to build a nation' in Afghanistan:...