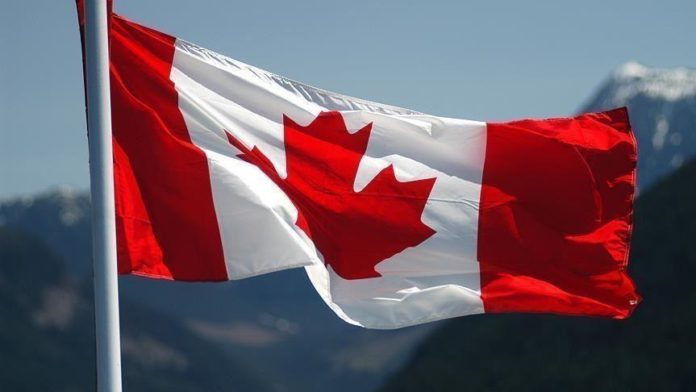 The Canadian federal capital of Ottawa was virtually shut down Saturday as thousands of truckers in a “Freedom Convoy” blocked streets as they protested coronavirus restrictions.

Prime Minister Justin Trudeau, his wife and three children were moved from their residence at Rideau cottage as a security precaution.

As well, businesses were closed downtown and traffic in and out of the city was at a stand-still as hundreds of tractor trailer trucks and protesters flooded the area. Estimates put the number of protesters at 10,000.

Ottawa police, bolstered by Royal Canadian Mounted Police and intelligence officers, were a constant and visible presence and other law enforcement departments were ready to move in to help if needed.

While the protests were peaceful as of late Saturday, authorities worried that far-right and fringe groups might infiltrate and turn the demonstration violent.

Before most of the Freedom Convoy rolled into Ottawa with a population of about 1 million, Trudeau said he was worried about violence.

“Of course I’m concerned,” Trudeau said in an interview Friday with The Canadian Press. “A number of people are there without wanting to incite violence but there are going to be, as we’ve heard, a small group of people in there who are posing a threat to themselves, to each other, to Canadians.”

No member of the Liberal government were poised to meet protesters as they milled about Parliament Hill and other areas of the city.

Truckers drove big rigs to Ottawa from all across Canada to protest the Canadian government vaccine regulation for cross-border essential workers like truckers. But it evolved to include a call for all public health measures to be repealed. Signs saying “F-ck Trudeau” were prominent.

Besides shutting businesses and creating traffic gridlock, protesters forced Muslim groups to change a planned Ottawa in-person vigil marking the National Day of Remembrance for the Quebec City Mosque shooting, where a gunman killed six worshippers and injured 19 others five years ago on Jan. 29.

“It is not lost on me that on this day where we collectively vow to eradicate Islamophobia in Canada, a vigil in Ottawa had to be cancelled tonight after white supremacist elements (were) in the rally there,” Mustafa Farooq, chief executive officer of the National Council of Canadian Muslims, said in a statement to Anadolu Agency.

Instead, the vigil was to be held virtually Saturday.