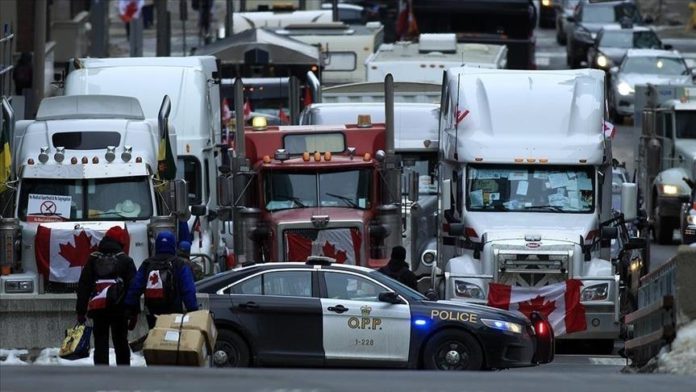 A blockade that paralyzed the US-Canada border crossing in Coutts, Alberta ended Tuesday night as trucks and other vehicles left the area.

The Canada Border Services Agency (CBSA) announced that the border was again open to traffic after being closed by truckers since Jan. 29 in protest against COVID-19 vaccine mandates and broader health restrictions.

“Our objective was to be here peacefully. To keep that message going, we want to leave peacefully,” Huigenbos told reporters as he began leaving with a long convoy of trucks.

“Glad to see that almost all protestors at the Coutts border crossing and nearby checkpoints have now gone home. This is great news for the hundreds of truckers who cross the border every day,” Alberta Premier Jason Kenney said on Twitter.

The convoy left a day after Prime Minister Justin Trudeau invoked emergency powers in an attempt to break the siege there and elsewhere in the country.

Trump vies with Biden for votes amid trying times