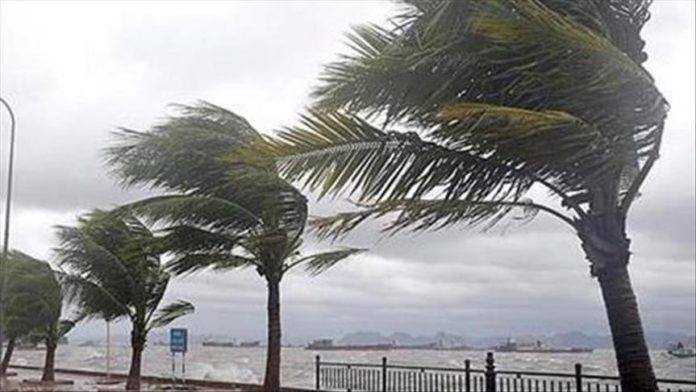 Tropical storm Siony is moving towards the Pacific Ocean and is expected to make landfall in the Philippines on Thursday night or Friday morning, said Philippines’ weather bureau on Wednesday.

Siony was last seen at around 700 kilometers (435 miles) east of Batanes on Wednesday morning blowing winds of 85 kilometers (53 miles) per hour.

The storm is moving slowly but it could still intensify into a typhoon and may reach its peak of 125 kilometers (78 miles) per hour.

According to the Philippine Atmospheric, Geophysical and Astronomical Services Administration (PAGASA), the chances of Siony making landfall over Batanes and Babuyan Islands remain likely with strong winds in the next 24 hours.

“It is possible that the storm may intensify to the typhoon category,” the weather bureau said.

Strong winds accompanied by heavy rains will most likely hit North Luzon, where Siony makes landfall. This is the 19th tropical cyclone to cross the Philippines this year.

Earlier this week, President Rodrigo Duterte said Siony would not be as ferocious as Goni but it could cause damage to roads and bridges.

Typhoon Goni hit the southern Philippines on Sunday with sustained wind speeds of 310 kilometers (193 miles) per hour and killed at least 20 people.

Goni is among the strongest typhoons to hit the Philippines since Haiyan, which killed more than 6,300 people in 2013.