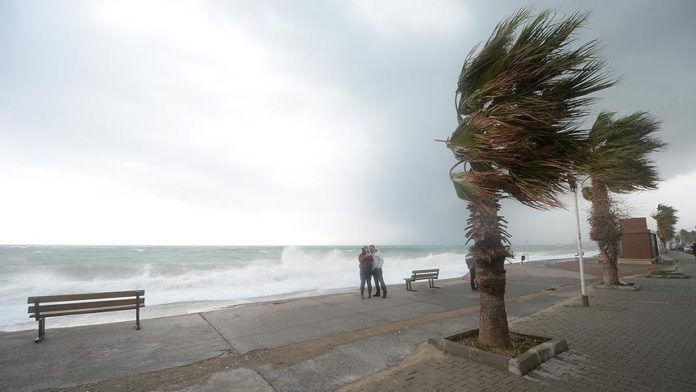 CHICAGO, US (AA) – New York City, the largest city in the US, spent Friday drying out, as Tropical Storm Elsa continued to race up the Northeast coastline.

By midday, the storm was centered close to the Massachusetts coast, bringing heavy rain to Boston, and leaving flash flooding in its wake in Connecticut, to the south. Tropical storm warnings, with sustained winds approaching 40 miles an hour, are still posted for the area, and the storm is expected to dissipate as it moves off-shore by Friday night.

But what New Yorkers are talking about are the scenes that looked straight out of an apocalyptic movie. Videos posted to social media on Thursday night showed people wading through waist-high, filthy water in subways, and rainwater gushing down subway stairs like waterfalls.

Highways in and around New York were equally overwhelmed. The Major Deegan Expressway, which runs through the Bronx borough, was flooded in spots, as was FDR Drive, which runs along the eastern side of Manhattan. Commutes became treacherous and fire and rescue crews had to pluck some drivers from cars that were swamped by the water.

Many people along the eastern seaboard, from the Florida Keys where Elsa made landfall on Tuesday, to the tip of Massachusetts were, at least, thankful the situation was not worse. Tens of thousands of people lost power, there were numerous downed trees, and damage from tornadoes that were spawned by the storm.

But so far only two deaths are attributed to the storm, both in the Florida panhandle.

Elsa is the fifth named storm of the Atlantic hurricane season, and researchers say it is the earliest “fifth” storm on record.