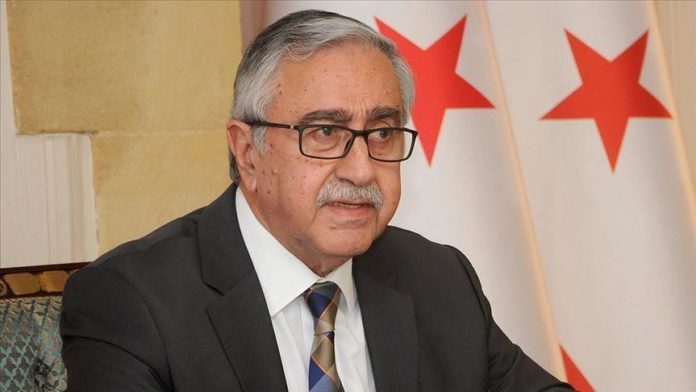 It is unacceptable that the US’ top diplomat plans to visit the Greek Cypriot administration without visiting the Turkish Republic of Northern Cyprus (TRNC) as well, the country’s presidency said in a statement on Sunday.

TRNC President Mustafa Akinci said it would not be helpful for State Secretary Mike Pompeo to only hold meetings with the Greek Cypriot side about ongoing disputes surrounding the Eastern Mediterranean and Cyprus.

This attitude would be negative ‘encouragement’ for the Greek Cypriot administration, Presidential Spokesman Baris Burcu said in a statement.

“This is a wrong decision for US diplomacy, which claims to help solve problems,” it added, stressing that Turkish Cypriots would also reject this attitude on the TRNC, an equal partner of the island.

In a phone conversation with Akinci, US Ambassador to the Greek Cypriot administration Judith Garber said Pompeo would only visit Greek Cypriots due to a “lack of time.” However, Garber added that the US’ attitude on the issue of Cyprus had not changed.

The US embassy added that Pompeo could later hold a phone talk with Akinci. However, citing a previous visit by former US Secretary of State John Kerry to the TRNC, Akinci said a phone conversation would not be enough or appropriate.

Despite opposition from Greece and some other countries, Turkey extended the Oruc Reis’s energy exploration several times in an area within Turkey’s continental shelf, with the latest announced on Aug. 31, this time through Sept. 12

Ankara has also said energy resources near the island of Cyprus must be shared fairly between the TRNC and the Greek Cypriot administration.

Amid tensions over the Mediterranean territory and energy exploration, Turkey has repeatedly stressed its willingness to enter negotiations without preconditions, contrasting this with Greece’s refusal in recent weeks to enter dialogue through both NATO and the EU.