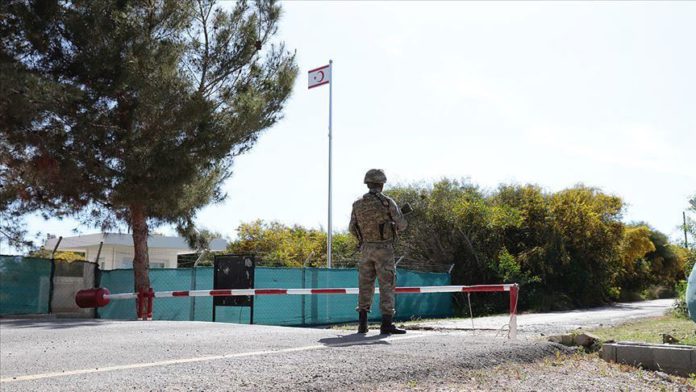 In a statement, the TRNC Deputy Prime Ministry and Ministry of Foreign Affairs underlined that an incident occurred the previous night under the observation of Greek Cypriot police.

Noting that the inadequate response by the police has encouraged the fascist groups to stage provocative actions against the Turkish side, it said “fascist provocations should not go unpunished this time.”

The statement also pointed out that calls by fascist organizations have appeared in Greek Cypriot media urging people to attend demonstrations that will be staged in Nicosia on Oct. 13 and in Deryneia on Oct. 17.

“Our ministry contacted the United Nations Peacekeeping Force in Cyprus to urge the Greek Administration of Southern Cyprus to take necessary measures to keep extremist groups away from the border crossings.”