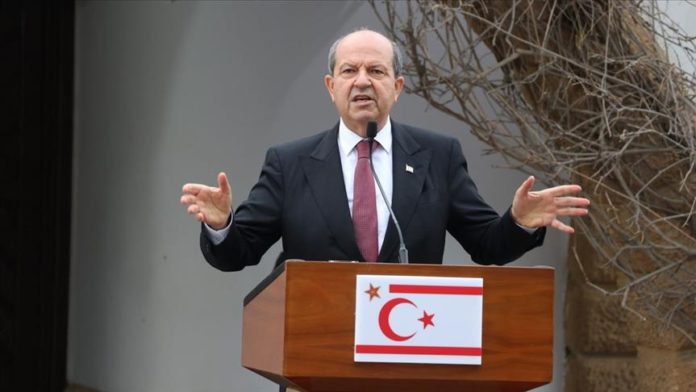 In a written statement issued on the anniversary of the launch of EOKA’s armed attacks against the Turkish Cypriot people, Tatar said that the terror organization launched its attacks on April 1, 1955, to annex Cyprus to Greece, turning the island into a blood bath — marking the beginning of decades of pain and suffering.

He also maintained that following the establishment of the 1960 partnership Republic of Cyprus of which Turkish Cypriots were equal founding members, EOKA set out to implement the Akritas Plan, a covert plan to annihilate all Turkish presence in Cyprus.

“In December 1963, EOKA launched the ‘Bloody Christmas’ attacks in line with its plan to wipe out all Turkish presence from the island and to unite Cyprus with Greece. Again, hundreds of Turkish Cypriot villages were attacked between 1963 and 1974 and thousands of our people were displaced and forced to flee their homes,” the statement read.

Tatar called Anastasiades not to embrace the EOKA and distort the history to attack TMT, which fought for protecting Turkish Cypriots’ lives in the face of systematic terror attacks.

The island has been divided since 1964 when ethnic attacks forced Turkish Cypriots to withdraw into enclaves for their safety.

US stops Russian advances in Syria

COVID cases in S.Korea at over 1M as omicron continues to...