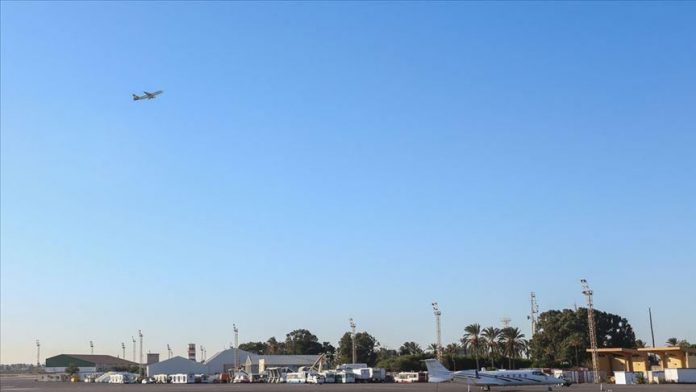 The airport’s administration announced on its Facebook page that flights have been suspended until further notice and were being directed to Misrata Airport.

Ahmed Al-Mismari, the spokesman for Haftar’s forces, said on social media that the forces declared off-limit an area from Giryan, 120 kilometers (75 miles) south of the capital city, to Terhune city, 90 kilometers (56 miles) southeast and to