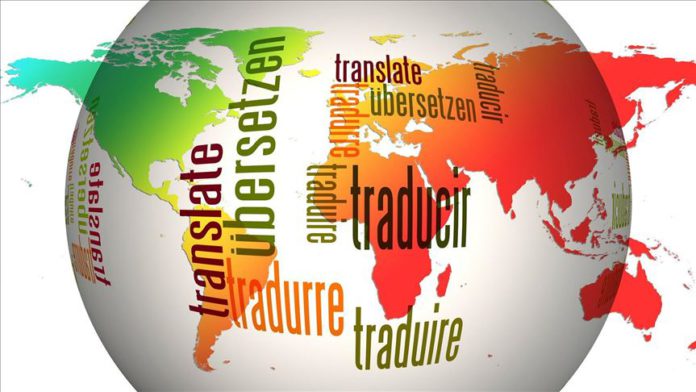 Although considered as one of the oldest professions, translation has attained a more crucial role in an interdependent globalized world.

Since 2017, every year on Sept. 30, the world recalls the role of translators, who not only bring people and nations together by facilitating dialogue but at times play a crucial role in peace and security.

But at times, misfires of translators have cost lives and resulted in diplomatic embarrassments as well.

In 1980, when Willie Ramirez, a Cuban-American high school baseball star, was rushed to a Florida hospital in a coma, his family, who only spoke Spanish, described him as “intoxicado” (poisoned). But a translator told doctors the patient was “intoxicated,” so they immediately made a diagnosis of a drug overdose.

Days later, it was found that Ramirez had suffered a brain hemorrhage. But by then, it was too late. He ended up a quadriplegic and lived a paralytic life as a consequence of a wrong translation.

An Indian court sentenced a Delhi University teacher Abdul Rahman Geelani to death based on a “wrong” translation of his telephonic conversation with his brother on the day when the Indian parliament was attacked by terrorists in 2001. Based on the conversation, the police held him responsible for planning the attack.

The Delhi High Court later overturned the sentence after Kashmiri language professionals Film Maker Sanjay Kak and Trade Unionist Sampat Prakash certified that the lower court verdict was based on the wrong translation.

In 2015, when Microsoft’s Corporate Vice President of Research Peter Lee was speaking during a presentation about his childhood in a “snowy town” in Michigan, his Chinese audience started laughing. The company’s Skype Translate software, which was simultaneously translating his remarks into Mandarin, had translated “snowy” into “Snow White’s Town,” which is Chinese slang for “the town where a prostitute lives.”

US President Jimmy Carter become a source of ridicule during his 1977 visit to Poland because of his translator Steven Seymour. During his speech, Carter had expressed his interest in learning the Polish people’s “desires for the future.” Seymour said the US president desired the Poles.

Similarly, when President George H.W. Bush and Soviet leader Mikhail Gorbachev were discussing the draft of an arms control treaty in 1990, translator Igor Korchilov said the word “verifying” in English instead of “verified.”

Everyone in the White House Cabinet Room was left breathless. Since Gorbachev himself knew English, he quickly stepped in, saying: “No, no — I never said that.”

In the context of the talks, the word “verifying” meant that the Russians had unexpectedly sided with the US. The discussion was on an open sky proposal in which both sides could fly over each other’s territory to verify compliance in arms control agreements.

The Soviets and the Americans did not agree on whose aircraft should be used for the inspections — the verifying party (the US) or the verified party (the Soviet Union).

Korchilov interpreted Gorbachev as saying: “The aircraft to overfly territory for inspection purposes should be made available by the verifying party at the disposal of its crew.”

In his memoirs, Translating History, 30 Years on the Frontline of Diplomacy, Korchilov said he was extremely embarrassed and wished the earth could swallow him. He approached the US president later to offer his apology. Bush gave him a stern look and said: “Relax. The good news is that you didn’t start World War III.'”

In closed-door meetings at the highest level, interpreters face the pressures of global diplomacy. Every word matters and one slip-up can have monumental consequences.

No lifeline for the translator

US-based Gurdeep Chawla, who has been an interpreter for Indian Prime Minister Narendra Modi for many years at the UN General Assembly, said the job requires concentration and 100% focus.

“You cannot take a break. You are in the moment listening, analyzing, and translating. You have to bring out the color, tone, and message perfectly. There is no lifeline,” she said.

Last year, The Washington Post reported on the difficulties of translating President Donald Trump’s profanity, such as his comment in January about “shithole countries.”

In 2000, North Koreans did not like then US Secretary of State Madeleine Albright’s Korean language interpreter Tong Kim, who was translating in a South Korean accent. In the next 24 hours, he had to perfect a North Korean accent to allow a dialogue on arms control to continue and pave the way for President Bill Clinton’s visit.

“That was the most important meeting I have ever interpreted for,” Tong said later in an interview. “I picked up their language, their intonation, their dialect. And that gives them some trust.”

The UN is one of the world’s largest employers of language professionals. Several hundred language staff work in New York, Geneva, Vienna, and Nairobi, or at the regional commissions in Addis Ababa, Bangkok, Beirut, Geneva, and Santiago.

Speaking to Anadolu Agency, a former UN official said interpreters are selected by a large panel based on three criteria — fluency, accuracy, and simultaneous translation.

Their jobs become more perilous during the annual UN General Assembly session. Imagine the predicament of a translator during the over four-hour speech by Fidel Castro in 1960 when he lambasted US policy towards Cuba and other nations in Latin America, Asia, and Africa and even before that in 1957 during the eight-hour speech of Indian delegate V.K. Krishna Menon while explaining India’s case on disputed Jammu and Kashmir.

In 2009, Libyan ruler Colonel Muammar Gaddafi spoke nearly two hours, according to the UN’s website. Before finishing his speech, he regretted that he had to cut it short because he was suffering from jetlag. According to the New York Post, the translator, Fouad Zlitni, broke down towards the end of the speech.

There is no doubt that translators are a privileged community who record intimate history by having access to one-to-one closed-door meetings between leaders where not even close aides and ministers are allowed.

They are key to world diplomacy, and of late, their role has been more crucial as leaders tend to forge personal relations via informal interactions as a stepping stone to healthier bilateral ties.

Even though they are insiders, there have been hardly any leaks attributed to translators so far.

When in 2017, investigating agencies in Poland wanted to interrogate Magdalena Fitas-Dukaczewska, who was an interpreter for Polish Prime Minister Donald Tusk during his meeting in 2010 with Russian President Vladimir Putin on the day of the crash of Polish Air Force One in the Russian city of Smolensk that killed President Lech Kaczynski, she refused to oblige. She said she would not testify even if the government absolved her from her obligation to maintain confidentiality. She said to do otherwise would destroy her credibility as well as that of her colleagues.

The code of ethics adopted by the International Association of Conference Interpreters (AIIC) stipulates that interpreters are “bound by the strictest secrecy” when it comes to nonpublic events.

Fitas-Dukaczewska is, however, not the first interpreter to be pressured to offer information on confidential talks. Last year, in the US Congress, Democrats had called for President Donald Trump’s interpreter to tell them what he and Russian President Vladimir Putin discussed in their one-on-one meeting in Helsinki.

Many times, even when the leader is proficient in the language, they prefer to use a translator. Diplomats say it gives them crucial time to formulate their responses. In 2007, a joint press conference after a trilateral meeting of the Russian, Chinese and Indian foreign ministers in New Delhi created a comical situation. Chinese Foreign Minister Li Zhaoxing preferred to talk via a female interpreter who was accompanying him. But she was constantly mistranslating and Li was intervening and correcting her. In the end, Li spoke in Chinese and then translated himself in English.

The most interesting anecdote recorded by philosopher-poet Sir Muhammad Iqbal in his diary is about his visit to Paris in 1932. His friends including Sardar Umrao Singh, the father of famous artist Amrita Shergill, had arranged his meeting with French philosopher Henri-Louis Bergson.

Singh had also arranged for an Indian interpreter to record the minutes of the meeting of titans, expecting that the conversation would hold significance for posterity. Iqbal records that during the meeting, he saw the translator taking notes constantly while also interpreting between them.

After the meeting was over, when the translator was asked to share his notes, he could not read his own writing. Alas, generations were deprived of the details of the rich conversation between the two internationally acclaimed philosophers.

A top Pakistani civil servant and author, Qudratullah Shahab, mentioned that during a summit meeting between Turkish President Mahmut Celal Bayar and Pakistan’s Governor-General Ghulam Mohammad in the 1950s, the translator in desperation slipped out of the room.

Since Ghulam Mohammad had a paralytic stroke, the translator was in a fix, as he was unable to understand anything. The two leaders met for 70 minutes.

According to Shahab, they could only see from a distance that Bayar was nodding his head and trying to make his point in sign language while Ghulam Mohammad continued talking.

“This monologue between two heads of state in the absence of a translator and without understanding each other was unprecedented, and possibly the first in history,” Shahab wrote in his memoir Shahabnama.