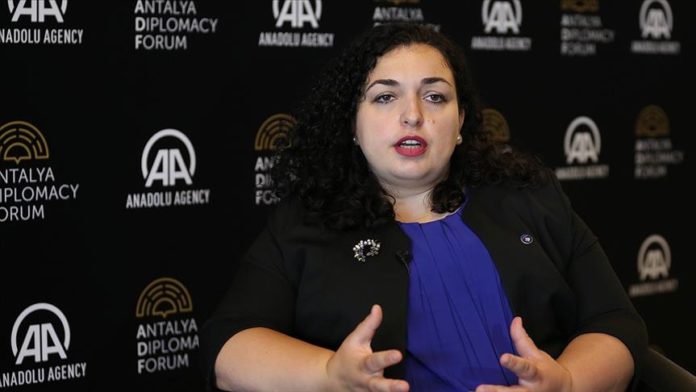 The transition of the Kosovo Security Force (FSK) into a regular army is being carried out in line with the standards of NATO, the country’s president said on Thursday.

“We are devotedly working to become a member of NATO. We need the support of this [military] alliance, including of those NATO members who do not recognize Kosovo,” Vjosa Osmani-Sadriu said during her meeting with NATO Secretary-General Jens Stoltenberg.

She also drew attention to the danger posed by Russia’s influence in the Balkans and emphasized the importance of Kosovo’s membership in the alliance.

Earlier, Stoltenberg visited the headquarters of the NATO-led Kosovo Force (KFOR) in the capital Pristina and met with the force’s commander Maj. Gen. Franco Federici.

He reaffirmed NATO’s commitment to its KFOR mission and to stability in the Western Balkans.

The NATO chief also met with Kosovo’s Prime Minister Albin Kurti as well as with the Minister of Communities and Returns Goran Rakic.