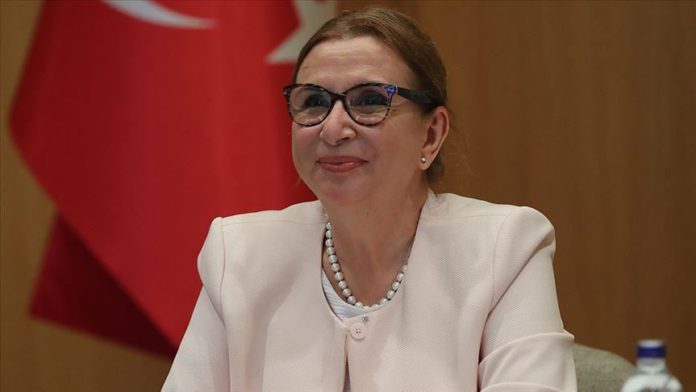 Turkey will continue to support a global trading system based on competition and rules, rather than mounting protectionist tendencies, the country’s top trade official said on Friday.

“With all our economic and human resources, our production and competitive power, we know that Turkey will be successful in a fair and rules-based system,” Trade Minister Ruhsar Pekcan stressed during a meeting with firms in Istanbul.

Last year, at a time when the global economy shrank by 3.6% and many countries’ exports suffered losses, Turkey had sixth-fastest growing exports in the world with $180.8 billion — a rise of by 2.1%, Pekcan said.

She also said parallel to the breakthroughs of our country in the services sector, Turkey’s service exports increased by 10% last year to reach $65 billion.

Noting that 4.2% of exports and 5.3% of imports were conducted with national currencies last year, she predicted that these rates would increase further in the next period.

In the last 18 years, Pekcan emphasized, Turkey deepened its interactions with global markets and increased its export capacity.

“In line with the high growth and value-added domestic production perspective of our country’s economy, we’re increasing our exports with a focus on technology, design and added value every day.”