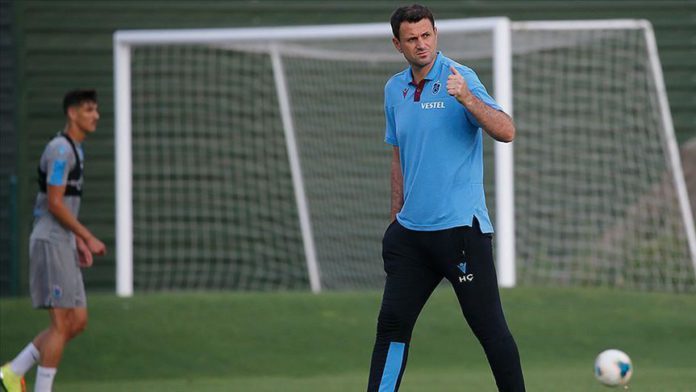 Trabzonspor will face Galatasaray in Sunday’s critical league match in Istanbul as both teams eye victory to stay in the title race.

This season the Turkish Super Lig currently witness a race between the leaders Medipol Basaksehir and second-place Trabzonspor.

Medipol Basaksehir have 60 points in 29 matches meanwhile Trabzonspor are currently chasing them with 58 points.

The most anticipated game of the week 30, Galatasaray vs. Trabzonspor will be held at 9 p.m. local time (1800GMT) at the Yellow-Reds’ home ground, Turk Telekom Stadium.

The home side is in the fourth spot with 52 points and have little hopes to join the race for the 2020 title.

The last game between the two teams ended 1-1 with goals from Alexander Sorloth and Yuto Nagatomo in December.

Also, both teams drew 1-1 with their opponents last week.

The Black Sea Storm’s three players will miss the game.

Portuguese defender Joao Pereira and Iranian defender Majid Hosseini will not fight for their team as they are suspended.

Also, the injured midfielder, Ahmet Canbaz will not be at Turk Telekom as he suffered rupture of the cruciate ligament.

The Lions will host Trabzonspor without some key players, including Uruguayan goalkeeper Fernando Muslera and Colombian forward Radamel Falcao.

Muslera, 34, faced a tib-fib fracture during the league match against Caykur Rizespor on June 14 as the 34-year-old Falcao suffered a muscle injury, a grade 1 right calf strain after Gaziantep FK game on June 21.

In addition to them, Romanian forward Florin Andone, DR Congolese defender Christian Luyindama, Brazilian defender Marcao Teixeira and Gabonese midfielder Mario Lemina will miss the game due to their injuries.

Also, Turkish forward Adem Buyuk will miss out on this match due to yellow card suspension.

The 12th-place side Yukatel Denizlispor will host the 10th-place side Gaziantep FK at 9 p.m local time (1800GMT) at the Denizli Ataturk Stadium.

The home side had 32 points as Gaziantep FK racked up 35 points so far.

The leaders Medipol Basaksehir will go to Antalya Stadium against Fraport TAV Antalyaspor on Saturday.

Having 37 points, Antalyaspor is in the ninth spot, while Basaksehir have 60 points to pull the strings.

Basaksehir may lack their Bosnian star Edin Visca, who was sent off last week.

Visca is a true Basaksehir veteran, playing for the Istanbul club since 2011.

Kasimpasa will take on Demir Grup Sivasspor on Sunday as Besiktas will play against Hes Kablo Kayserispor in away match on Monday.

All games will be played behind closed doors due to the coronavirus pandemic.

US to appoint Sudan envoy in upgrade of relations