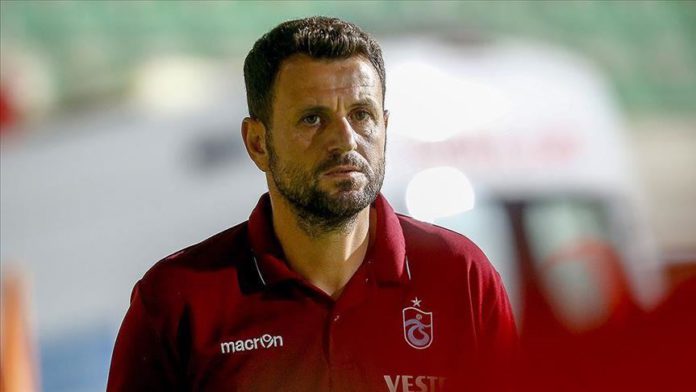 The Turkish football club Trabzonspor on Monday parted ways with its senior team head coach Huseyin Cimsir over the failure in the top-tier Super Lig.

“The contract between our club and head coach Huseyin Cimsir was mutually terminated,” Trabzonspor said in a statement.

Second-place Trabzonspor thanked Cimsir for his efforts and service, and wished him success for the rest of his career.

Cimsir, 41, was a longtime Trabzonspor defensive midfielder, who had 266 appearances for the Black Sea club.

He won the Super Lig title with Bursaspor in 2010, one of the Turkish football fairy tales. Cimsir retired from football in 2013.

Trabzonspor appointed him in January.

This season Cimsir-led Trabzonspor focused on the top-flight Turkish campaign but Medipol Basaksehir from Istanbul clinched the title on Sunday, which meant a huge disappointment for Trabzonspor.

Basaksehir increased their points to 69 with a 1-0 win over Hes Kablo Kayserispor in a week 33 game, as they were crowned Turkish league champions with one game of the 2019-20 season remaining.

In another Sunday’s match, Trabzonspor lost to Ittifak Holding Konyaspor 4-3.

Trabzonspor bagged 62 points in 33 weeks, facing nonsuccess in the league.