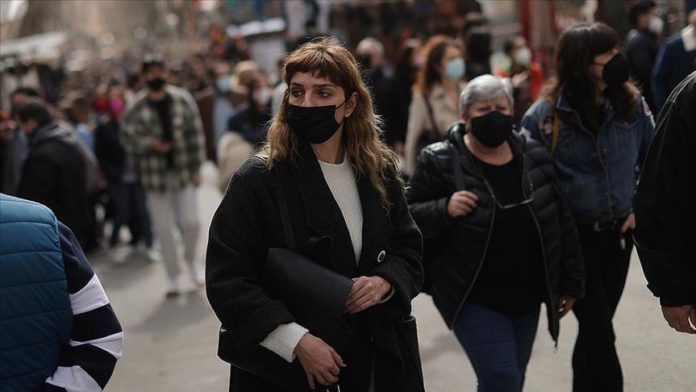 Despite rising coronavirus infections and hiccups in Spain’s vaccine rollout, its secretary of state for tourism said on Wednesday that the country is working to recover its tourism sector this summer.

“We can’t afford another summer like 2020,” said Fernando Valdes in a conference at Madrid’s Nebrija University.

Between July and September of last year — Spain’s high season — the number of international tourists plummeted by 79.2%.

The country, highly dependent on tourism, saw its GDP shrink by a historic 10.8% last year — one of the steepest drops in the world.

Valdes acknowledged that tourism would not recover to pre-pandemic levels yet, but said Spain’s Tourism Ministry was working to spread the message that travel “is not incompatible with safety.”

His statement came as the EU agreed on the basic pillars of the so-called vaccine passport.

One key amendment was that it would not be “a precondition to exercise free movement rights and it is not a travel document, in order to stress the principle of non-discrimination, in particular towards non-vaccinated persons.”

That could be seen as a blow to countries like Spain that were hoping the document could allow those who have been immunized to travel freely.

Spain, like all of Europe, has suffered major delays in vaccination, particularly due to problems surrounding the AstraZeneca and Janssen vaccines.

Still, the country has managed to give 17% of its population at least partial immunity through vaccination.

But, Spain’s infection rate continues to rise and has reached its highest level since late February. On Wednesday, the Health Ministry reported more than 10,000 new cases.

Yet, with test positivity rates beginning to level off, it appears that Spain’s fourth wave may end up being relatively small compared to previous ones that overwhelmed the healthcare system.

Another 131 COVID-19 deaths were recorded, bringing the country’s official death count to 76,756.