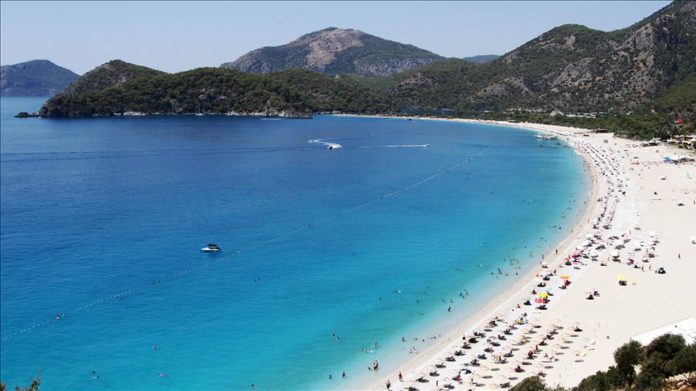 Refused entry to Europe due to travel restrictions related to the COVID-19 pandemic, tourists veered toward Turkey, a country of vast attractions with its cuisine, natural wonders, and high-quality ski slopes.

Hit hard by the coronavirus during the summer season, Turkey hopes to offset the fallout in the tourism sector with a boom in pre-bookings for the winter season.

Popular for its heavenly seas and velvety sand under the bright sun along its Aegean and Mediterranean coasts, Turkey also offers an unforgettable winter experience with its ski resorts covered with fluffy snow.

“Due to the travel restrictions in Europe or the Far East, tourists especially from Russia, Ukraine, Poland, and the Czech Republic mostly turned their route to Turkey,” Murat Cahid Cingi, the chairman of Erciyes Ski Resort, told Anadolu Agency in an exclusive interview.

With Erciyes welcoming those tourists for the last four years, Cingi said the ski resort saw the largest flock from those countries.

“For the first time, Kyiv-Kayseri direct flights are set to be launched as of Dec. 27,” he said, adding that some tour operators had to cancel their agreements as mountain hotels were fully booked.

“Belarus, Estonia and Latvia are also among those countries that we have received great attention this year.”

More than 2 million tourists, with 10% skiers or snowboarders, visit the resort every year, Cingi said.

The investments in the resort continue despite the pandemic, Cingi said, and added that when the hotel constructions complete, the number of tourists accommodating at the mountain will double within two years.

Burak Beceren, a partner at Uludag Ski Center, said pre-bookings from international visitors are promising to balance the decline in domestic demand.

“Generally we host German, French, British, Belgian, or North American tourists every year, but this year visitors are mainly from Russia, Ukraine and Poland,” Beceren stated.

Flights to Bursa are operated six times per week and tourists tend to stay seven days or more at Uludag, he said.

The partner stated that the ski center management launched innovations to ensure zero contact in the midst of the pandemic.

“We invented uludag.axess.shop where we sell tickets for Uludag ski runs online for the first time in Turkey.”

“This system is limited with 3,000 tickets for this year, and it seems that we will easily sell all.”

Meanwhile, Beceren emphasized that not only the hotels in the region but also cafes and restaurants have the “Safe Tourism Certificate,” which sets comprehensive safety standards in all areas, from airlines to accommodation, for Turkish citizens, international visitors, and tourism employees.

This year, skiing clothes and some accessories will only be sold instead of being rented for hygiene and sanity concerns, he also said.

The Erciyes Ski Center, which meets international standards, is one of the must-see places of Turkey in the winter season.

Being located near Cappadocia, another touristic region in Turkey famous for its fairy chimneys, having easily accessible areas and its budget-friendly policy, Mount Erciyes draws more attention with each passing day.