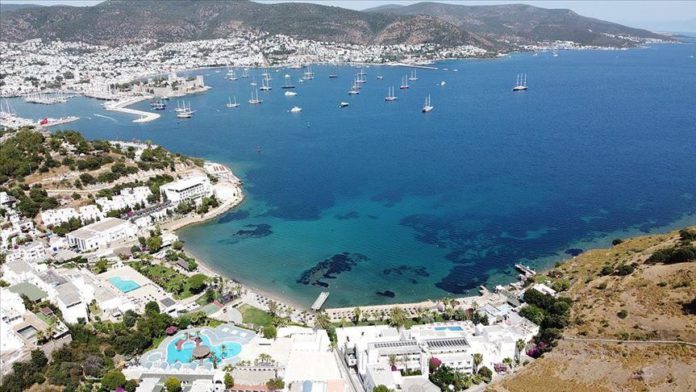 The world’s tourism sector could lose at least $1.2 trillion or 1.5% of the global gross domestic product (GDP), after a four-month standstill due to the COVID-19 pandemic, the UN Trade and Development Agency (UNCTAD) said Wednesday.

The UN agency warned in a report that the global loss could rise to $2.2 trillion or 2.8% of the world’s GDP if the halt in international tourism lasts for eight months.

The observation is in line with the expected decline in tourism as projected by the UN World Tourism Organization (UNWTO), said the agency.

UNCTAD estimates losses in the most pessimistic scenario, a 12-month break in international tourism, at $3.3 trillion or 4.2% of global GDP.

“These numbers are a clear reminder of something we often seem to forget: the economic importance of the sector and its role as a lifeline for millions of people all around the world,” said UNCTAD’s director of international trade Pamela Coke-Hamilton.

She said that for many countries, like the small island developing states, a collapse in tourism means a breakdown in their development prospects.

“This is not something we can afford,” she said.

The UNCTAD warning came as the International Air Transport Association (IATA) announced separately that passenger demand in May dropped 91.3% compared to May 2019.

This was a mild uptick from the 94% annual decline recorded in April 2020 and IATA said the improvement was driven by recovery in some domestic markets, most notably China.

Tourism is the backbone of many countries’ economies and a lifeline for millions of people worldwide, having more than tripled in value from $490 billion to $1.6 trillion in the last 20 years, says UNWTO.

COVID-19 has, however, brought tourism to a halt, causing severe economic consequences globally.

Even as tourism slowly restarts in an increasing number of countries, it remains at a standstill in many nations.

Jamaica would lose11%, and Thailand 9% of GDP in the most optimistic scenario of UNCTAD’s estimates. Other tourism hotspots such as Kenya, Egypt, and Malaysia could lose over 3% of their GDP.

But the tourism sector in more prosperous nations will also feel the squeeze.

Popular European and North American destinations, including France, Greece, Italy, Portugal, Spain, Turkey, and the United States could lose billions of dollars due to the dramatic drop in international tourism, according to UNCTAD forecasts.

Coronavirus-induced losses in tourism affect other economic sectors that supply the goods and services travelers seek while on vacation, such as food, beverages, and entertainment.

UNCTAD, therefore, estimates that for every $1 million lost in international tourism revenue, a country’s national income could decline by $2 million to $3 million.

The massive fall in tourist arrivals has also left a growing number of skilled and unskilled workers unemployed or with less income.

The effects could be particularly harmful to women, who are expected to be disproportionately affected by layoffs in tourism due to COVID-19, according to the report.