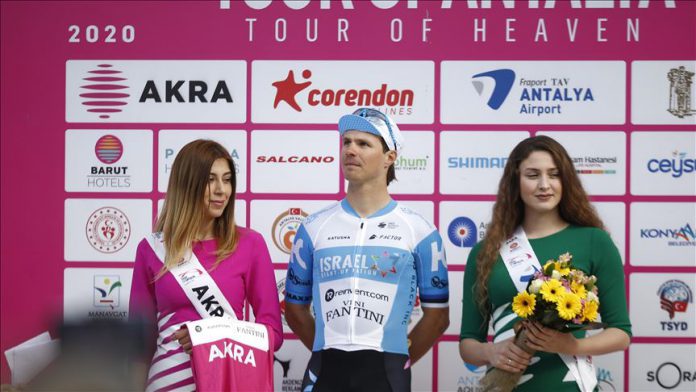 Raim finished the 149-kilometer (93-mile) first stage between the ancient cities of Perge and Termessos in 03.22.45.

The second stage will take place Friday between Kemer and Antalya.

The race in the Turkish Mediterranean previously gained a 2.1 class designation from the calendar of the governing body of cycling — Union Cycliste Internationale (UCI).

At least 80 teams from the globe applied to