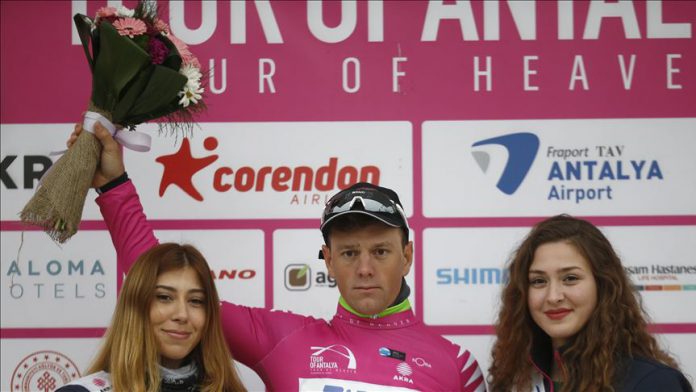 Italian cyclist Giovanni Lonardi was the second-stage victor on Friday in the Tour of Antalya in Turkey’s scenic Mediterranean region.

Gianni Vermeersch of the Alpecin Fenix team was the runner-up, while Kenneth Van Rooy of the Sport Vlaanderan Baloise team came third.

The second stage was held on a 165-kilometer (102.5 miles) track between Kemer and Antalya.

The next stage on Saturday – the tour’s penultimate day – will be held between the ancient cities of Aspendos and Termessos.