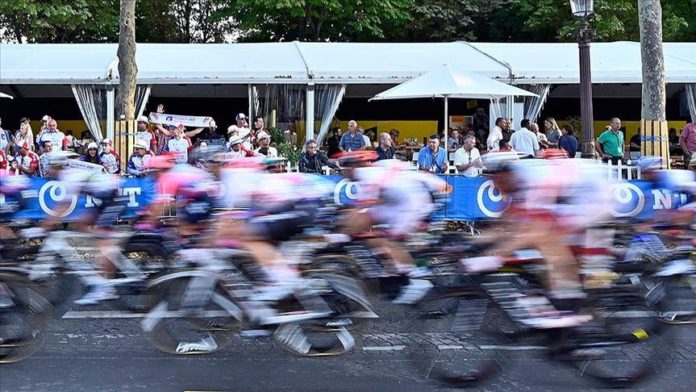 The Tour de France spectator who caused a big pileup that injured cyclists testified to a prosecutor, officials announced Friday.

The spectator will appear before a judge at the Brest Criminal Court on Oct. 14, Brest Public Prosecutor Camille Miansoni, said in a statement.

Miansoni noted the spectator said in a statement that she was ashamed of her action and worried about the consequences.

The spectator said that she wanted to send a message to her grandparents, who are lovers of cycling in France, with the inscription, “Allez Opi Omi,” which means, “Come on grandpa-grandma,” written on a banner.

The woman, who lives in northern Finistere, surrendered Wednesday to gendarme teams in the Landerneau district and was detained for “willfully violating the obligation of attention and security and endangering others.”