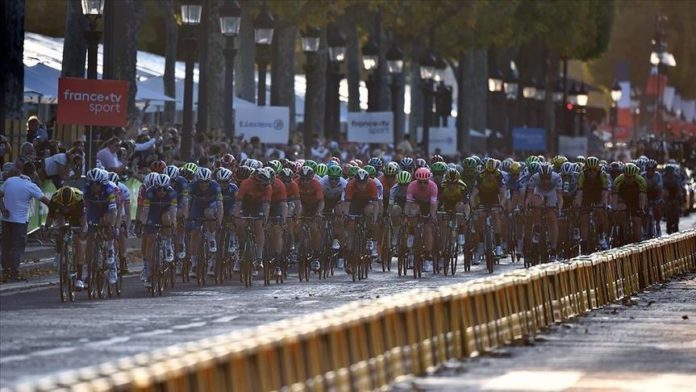 A Tour de France spectator who caused a big pileup was taken into police custody on Wednesday, according to media reports.

RTL said the female spectator, who brought down almost the whole peloton during the first stage of the race on Saturday, was in custody in Landerneau.

Landerneau is a commune in the Brittany region, located in the northwest.

The first stage was held between Brest and Landerneau. Brest is also in the same region as Landerneau.

The spectator leaned into the path of speeding cyclists while holding a cardboard sign, causing a crash that left many injured.

She left the scene before investigators arrived.

The sign, “Allez Opi-Omi!.” is a mixture of French and German which translates to, “Come on Grandpa-Grandma!.”

In addition, RTL reported that the Finistere department’s gendarmerie said on Sunday that a judicial investigation was launched against the suspect for “involuntary injuries.”

But the penalty could increase if German rider Jasha Sutterlin files a complaint.

Sutterlin, 28, a rider from Team DSM, had to retire because of a hand injury caused by the crash.

His team said he was taken to a hospital for examinations. He did not have any fractures but a “severe contusion to his right wrist.”

Bangladesh to hold 3 by-elections amid pandemic