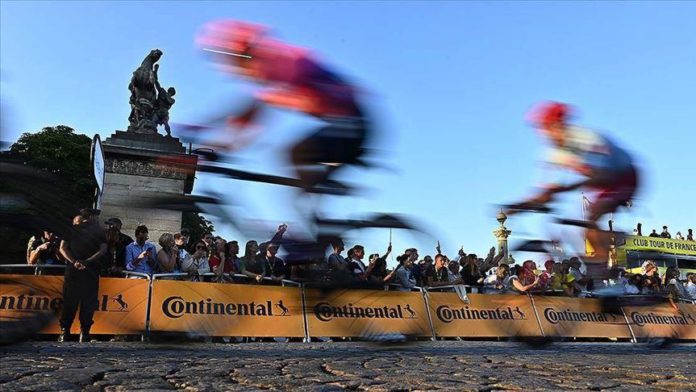 Two medical advisors to the Arkea-Samsic cycling team which competed in this year’s Tour de France have been released from police custody in Marseille after being detained as part of a doping investigation, according to an announcement by the public prosecutor’s office Wednesday.

Freddy Abella — personal doctor to team leader Nairo Quintana — and Mikel Otero — a physiotherapist were both free to go late Tuesday evening, announced Marseille’s public prosecutor Dominique Laurens on Wednesday. The two were held in the southern French city on Monday as part of a probe into doping by the team Arkea-Samsic.

Quintana was heard by police on Tuesday over the matter, denying any wrongdoing, and said in a tweet that the substances obtained by authorities in his hotel room were legitimate vitamin compounds.

“I want to say to the public, to my fans, and to cycling enthusiasts that never in my entire career have I used illegal substances that improve my sporting performances or betray the principles of sports,” said Quintana.

“No illegal substance was found in the police investigation,” he continued, adding that what was retrieved were “perfectly legal vitamin supplements that may not be familiar to the French authorities.”

An investigation was opened Monday after the team’s hotel rooms were raided last Wednesday in the town of Les Allues of the Auvergne-Rhones-Alpes region. Quintana’s room was searched, along with that of his brother Dayer Quintana, also on the team, as well as fellow Colombian team member Winner Anacona. The team’s cars and crew were also searched.

Police retrieved physiological serum, which can be used in doping, along with injection equipment.

A press release by the Marseille prosecutor’s office said that “the elements collected during the searches will require additional investigations with certain analysis.”

The investigation on certain team members is ongoing.