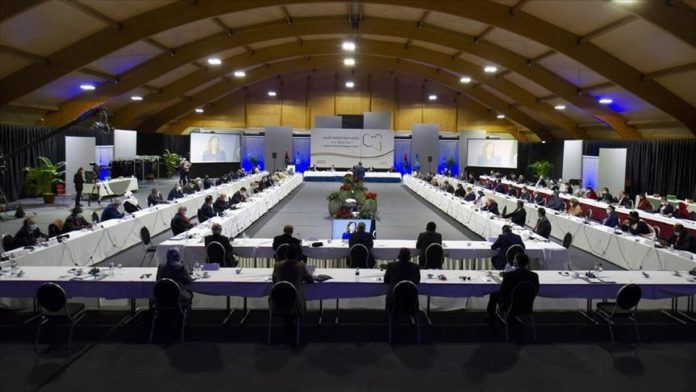 Mohammad Younes Menfi was elected to head the Presidency Council of the interim government and Abdul Hamid Dbeibeh as its prime minister. Mossa Al-Koni and Abdullah Hussein Al-Lafi were also voted on the three-man Presidency Council.

Menfi’s ticket garnered 39 votes to 34 of the second group in a second round of voting on Friday with 30% of the elected positions going to women.

The Presidency Council consists of three members. All decisions must be taken unanimously by the three council members.

Assuming the post of the Libyan Army’s Commander in Chief, appointing the head of the Intelligence Agency and accrediting foreign mission representatives are among the authorities of the newly-elected Presidency Council.

According to the UN roadmap, the Presidency Council is required to appoint the head and members of the National Reconciliation Commission, which will work on topics such as “general amnesty and justice during the transitional period” with a view to establishing social peace in the country.

Appointing ministers and ending the transitional process to hold elections on the scheduled dates are among the authorities and responsibilities of the National Unity Government.

Dbeibeh has to form his Cabinet by Feb. 26. He is expected to present the government lineup and program to the Tobruk-based House of Representatives.

Until March 19, the entire government is required to receive a vote of confidence from the parliament.

The UN roadmap foresees that in case the Cabinet lineup fails to win confidence due to parliamentary disputes, the government formation will finally be discussed at the LPDF.

Authorities must consider all ethnic and regional affiliations within the country in the formation of the ministerial posts and at least 30% of the government or deputy ministers must be consisting of women, according to the UN roadmap.

Libya has been torn by civil war since the ouster of ruler Muammer Gaddafi in 2011.