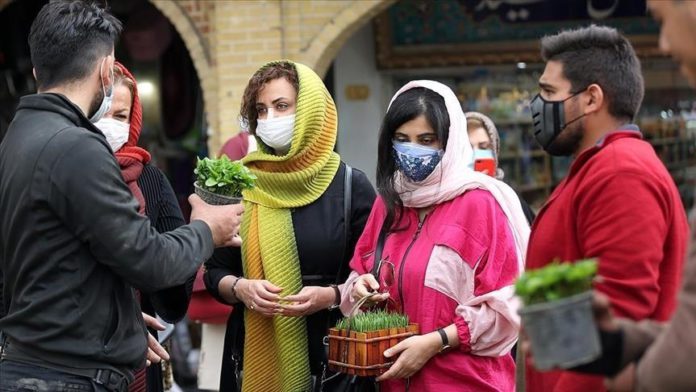 With Iran at the cusp of the fourth wave of the coronavirus, the country’s health minister has warned that “tough days are ahead.”

In a lengthy Instagram post on Friday, Saeed Namaki expressed grave concern over a surge in new infections and fatalities across the country following the Nowruz holidays.

Iran on Friday identified 11,660 new infections and 117 deaths from the virus, taking the overall tally to 1.9 million cases and close to 63,000 fatalities since the outbreak in February last year.

“We wrote… We said… We begged… We urged people to be patient for two to three weeks,” Namaki said, adding the Health Ministry wanted to use New Year holidays as an “opportunity” to contain the spread of the virus.

He said the UK version of the virus, which was first spotted in Iran’s southwestern Khuzestan province last month, has spread its tentacles in many parts of the country.

He also blamed people who traveled during the New Year holidays for “transmitting the disease” to areas that were previously not marked as high-risk zones, despite appeals not to travel.

Namaki said the tourism economy is important, but the cost associated with the disease and its impact on the micro and macro economy of the country is “not insignificant.”

“If they [people] do not listen to our experts, a difficult spring is ahead,” he warned.

President Hassan Rouhani last week said his government wants to hand over a “coronavirus-free and sanctions-free administration” in June when his second tenure comes to an end.

However, he also underlined challenges, especially in the vaccine rollout, which has been complicated by US sanctions.

While Iran has banned the import of US- and UK-made vaccines, it has received multiple consignments of vaccines from Russia, China, and India, which has been administered to high-risk groups including frontline health workers, senior citizens and critical patients.

The import of vaccines from India and WHO’s COVAX channel, however, has faced hurdles.

Rouhani, without mentioning the name, said Iran had purchased doses of vaccines from a country that sent one shipment but blocked the second, apparently under the US pressure.

Prior to Rouhani’s remarks, Dr. Kianoush Jahanpur, the head of Iran’s food and drug organization, had directly named India, saying the country’s attorney general has blocked the delivery of around 375,000 doses of vaccine to Iran.

He also said that Iran had paid money to the global COVAX facility for the vaccine but the latter failed to fulfill the commitment “due to political pressure.”

Meanwhile, the race for the homegrown vaccine also continues with at least three companies having passed the human trial phase of their respective vaccines.

However, according to health officials, the local vaccine may not be ready for mass usage before summer, which has further complicated the fight against the disease.