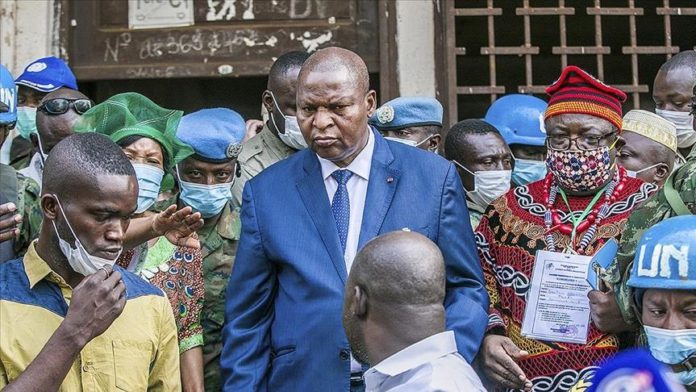 Faustin-Archange Touadera has won a second term as president of the Central African Republic, the National election officials announced Monday.

“Touadera, having obtained an absolute majority with 53.92% is declared elected,” said Mathias Morouba, head of the National Election Authority.

Former Prime Minister Anicet Georges Dologuele, who came second, rejected the results, saying they were marred by irregularities and fraud.

The results came a few hours after a prosecutor in the war-torn country announced that the Bangui High Court had opened an investigation into former President Francois Bozize as well as some accomplices.

This investigation was over “the facts of destabilization and ongoing rebellion,” the prosecutor said.

The situation has been particularly tense after Bozize’s candidacy for the Dec. 27, 2020 elections was rejected by the Constitutional Council.

Several militia groups, some backed by Bozize, have since attacked civilians, the armed forces, and UN peacekeeping forces. Bozize, a former general who seized power in a 2003 coup, was overthrown in a 2013 rebellion.

More than 55,000 people have fled the violence, according to the UN Office for the Coordination of Humanitarian Affairs.

Touadera, a former prime minister in office since 2016, has several times reiterated his commitment to keeping the peace.

A peace accord was signed in February 2019 between the government and 14 armed groups.

Turkey pledges to strengthen ties with Africa at all platforms