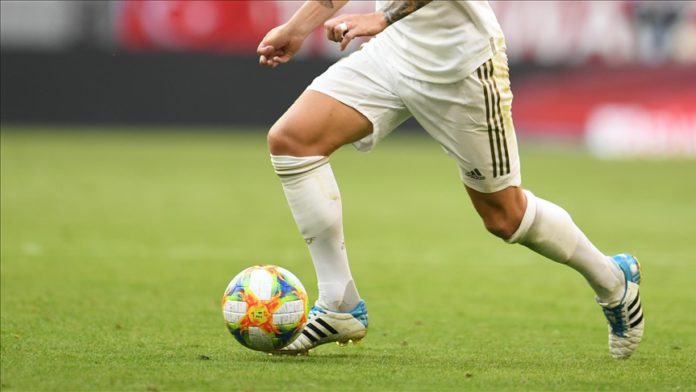 Last weekend, Son helped the Spurs bag a 3-0 win against Leeds United in a Premier League match in London.

Assisted by English star Harry Kane, the 28-year-old left winger finished with a right-foot strike in the area to put Tottenham 2-0 ahead in his 100th goal for his team.

“Welcome to the Spurs 100 Club, Heung-Min Son!” Tottenham tweeted in tribute to their regular.

“To score 100 goals in front of the fans would be the best feeling ever. It’s a massive achievement for me, I’m really grateful and I just want to say thanks to everyone who helped me score 100 goals for Spurs,” a very proud and happy Son said after the Leeds win.

According to the German-based football data website Transfermarkt, Tottenham paid a €30 million or $33 million transfer fee to sign Son six years ago.

The South Korean international racked up 100 goals in 253 appearances for his club, making him the 18th Tottenham player to score at least 100 goals.

He put the ball in twice against Qarabag in the match held in Tottenham’s old stadium at White Hart Lane which the London team won 3-1.

In 2019, the club moved to their new home, Tottenham Hotspur Stadium, a modern sports venue with a seating capacity of 62,303.

Son has recorded 100 goals for Tottenham so far, but still has a long way to move to higher ranks in the club’s all-time top scoring list.

The 18th player to reach the milestone for the London team, Son is likely to beat Glenn Hoddle (110 goals), Bert Bliss (104 goals) and Billy Minter and Johnny Morrison (101 each) this season.

Bliss, Minter and Morrison played for Tottenham before the modern era.

Harry Kane is now the only Tottenham player who can challenge Greaves in the near future. An active player, Kane has netted 205 goals in 311 games for Tottenham.

He joined Tottenham’s senior squad in 2011.

With 205 Spurs goals, Kane is currently in third spot on the club’s top scorers list.

The 100-goal milestone was not the only honor for Son.

Last month, he was given the 2020 FIFA Puskas Award for the most beautiful goal by world football’s governing body.