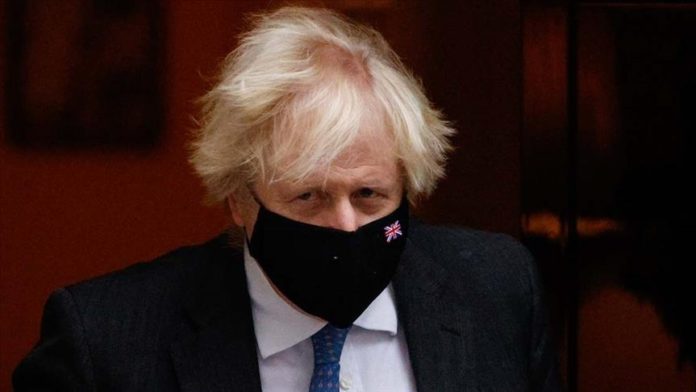 British Prime Minister Boris Johnson on Thursday dismissed as “total rhubarb” accusations that he intervened in the British military’s evacuation operation in Afghanistan to help secure the departure of animals.

“I was very proud of what our armed services did with Operation Pitting and it was an amazing thing to move 15,000 people out of Kabul in the way that we did,” he said.

“I thought it was also additionally very good that we were able to help those vets who came out as well.”

“But I can tell you that the military always prioritized human beings and that was quite right. I think we should be incredibly proud of Operation Pitting and what it achieved.”

New emails released on Wednesday by the British parliament’s Foreign Affairs Select Committee suggest that Johnson personally intervened to assist an animal charity, to the alleged detriment of British nationals and Afghan civilians, despite his previous public rejection of the accusation.

The email is dated to Aug. 25, 2021. It was from an official working for Foreign Office Minister Lord Goldsmith to the Foreign Office’s special cases team regarding an unnamed animal charity.

The email read: “Equivalent charity Nowzad, run by an ex-Royal Marine, has received a lot of publicity and the PM has just authorised their staff and animals to be evacuated, (animal charity – name redacted) are hoping to be treated in the same capacity.”

It is the passing mention of Nowzad that has led to accusations that the prime minister lied.

Last year, Raphael Marshall, a whistle-blower from the Foreign Office, gave written evidence to parliament that the department received an “instruction” from Johnson to use “considerable capacity” to help evacuate animals in the care of Nowzad.

Marshall continued: “There was a direct trade-off between transporting Nowzad’s animals and evacuating British nationals and Afghan evacuees, including Afghans who had served with British soldiers.”

In response, Johnson told local media at the time: “No, that’s complete nonsense.”

Nowzad is run by ex-Royal Marine Paul “Pen” Farthing. He led a high-profile social media campaign to secure an evacuation. That campaign proved highly controversial; despite animal rights activists gifting Farthing their support, many people were outraged by the idea British citizens and innocent Afghans would be pushed back in the line to escape Afghanistan, which had just fallen to the Taliban.

Farthing was initially denied permission by the government to have his animals evacuated, but in the end was allowed to charter a plane and carry out his evacuation. There was media speculation at the time that the prime minister’s wife, an animal rights activist, urged him to help.

Greece focuses on tourism as it emerges from lockdown