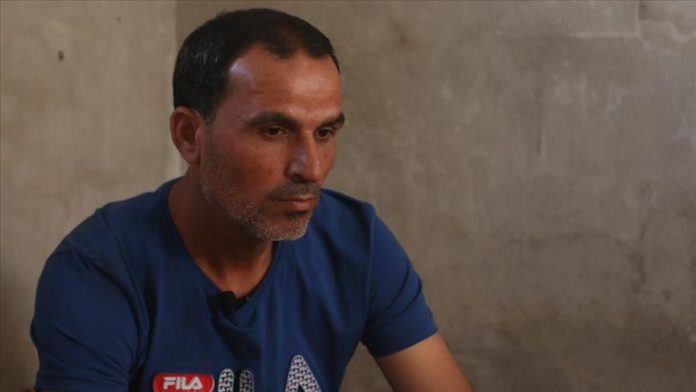 Tortured by the Syrian Bashar al-Assad regime in prison for seven years, Muhlis al-Drubi cannot forget the horrors he experienced, including having boiling water poured over him and reverse hanging.

Accused of attending anti-regime protests, al-Drubi, 42, was detained in 2012.

“Assad’s forces detained me, my four siblings and other men in the village. They brought us to the military base in the village of Dayr al-Shimal in western Hama, where they beat us with plastic tubes,” he told Anadolu Agency.

While imprisoned, al-Drubi suffered many forms of abuse.

“They hung us up from our wrists to the ceilings. They poured boiling water over us, burned us with cigarette butts.”

From here, he was transferred to the Hama military airport, where he was beaten upon arrival, stripped naked, interrogated and tortured.

Their torturers would continuously hurl verbal abuse at the prisoners, al-Drubi recounted.

“The torturer asked me where I was from. When I said I was from Hama, he cursed my mother. Then, he told me to kneel. When I did not, he hit me with a timing belt. My skin peeled off. I don’t think torturers can be human,

“The name of the person who tortured me was Somar al Wahid. I don’t know where he is from, nor who he is. He was kind of famous among us as we endured much torture from his hand,” he added.

At least 500,000 people including women are currently languishing in Assad regime prisons and detention centers, according to opposition sources.

Since March 2011, when the people’s revolution started in Syria, 14,235 people were killed by torture by Assad regime forces, according to a report by the Syria Network of Human Rights (SNHR).