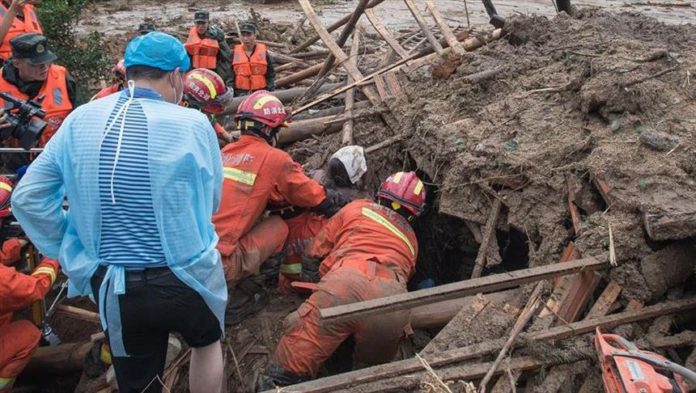 Torrential rains have washed over several parts of China, resulting in deaths of many people and disrupting services to the affected regions, local media reported.

At least 14 people were killed by landslides in the central Hubei province last Wednesday, with one person recovered by search and rescue operations that are still in progress, China’s Xinhua news agency reported.

The rains hit 44 counties in the province, affecting over 9 million people, with over 200 millimeters (7.9 inches) of precipitation recorded since Wednesday.

In the country’s east Jiangxi province, armed police officers and soldiers were deployed to battle the raging waters and rescue residents.

Floods hit many counties overnight as heavy rainfall swelled rivers and lakes in the province.

A meeting presided by Prime Minister Li Keqiang said since the beginning of 2020, accumulated precipitation in China had been “higher and more intensive than the same period in normal years, causing severe damage to parts of the country.”