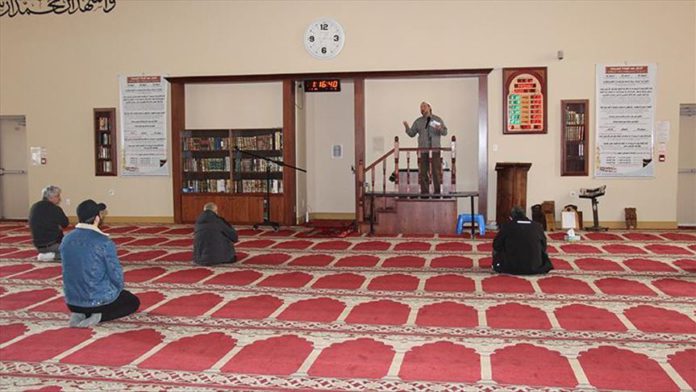 “The threats specifically contained a promise that guns had been procured to ‘do a Christchurch all over again,” the National Council of Canadian Muslims (NCCM) tweeted Saturday, referencing the attack on two mosques in New Zealand in 2019 that killed 51 Muslims. Police were notified of the threats received last weekend.

Mustafa Farooq, chief executive officer of the NCCM, said the mosque will not be named because of the fear it would unleash more threats.

“These (email) messages were extraordinarily violent,” he said. “When we get these threats, we don’t take them lightly. And that’s why the mosque was shut down and remains shut down.”

The threats come on the heels of the stabbing death of a volunteer mosque caretaker in the Toronto area in September.

That crime prompted 25 human rights groups to send a letter Oct. 5 to Trudeau asking for an action plan to shut down white supremacist groups “so that we don’t continue to keep having to go to funeral after funeral, to respond to threats after threats,” said Farooq.

“It needs to stop and the way that needs to stop is through a national action plan to dismantle these kinds of white supremacist, neo-Nazi, violent, Islamophobic or xenophobic groups.”

“Obviously, there’s a lot of fear,” Farooq said. “There is a lot of concern. What is going to happen next?”

But Farooq said the Muslim community would not be cowed by threats.

It was not known when the mosque would reopen.