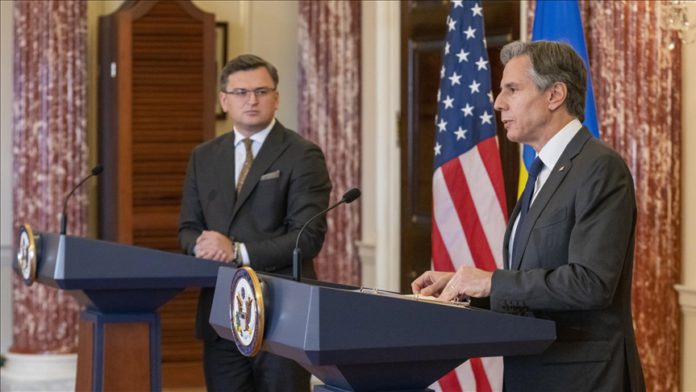 US Secretary of State Antony Blinken and Ukrainian Foreign Minister Dmytro Kuleba have discussed the Russia-Ukraine crisis over the phone, according to an official statement.

In a statement on Friday, State Department spokesperson Ned Price said: “They discussed Russia’s military buildup along Ukraine’s borders and steps Ukraine and the United States are taking to encourage Russia to pursue diplomacy over war and ensure security and stability.”

Blinken also “made clear U.S. willingness, alongside our Allies and partners, to impose swift and severe consequences on Russia if it chooses to escalate,” said Price.

Ukraine and Russia have been locked in a conflict since hostilities in the Donbas region broke out in 2014 after Russia illegally annexed the Crimean Peninsula.