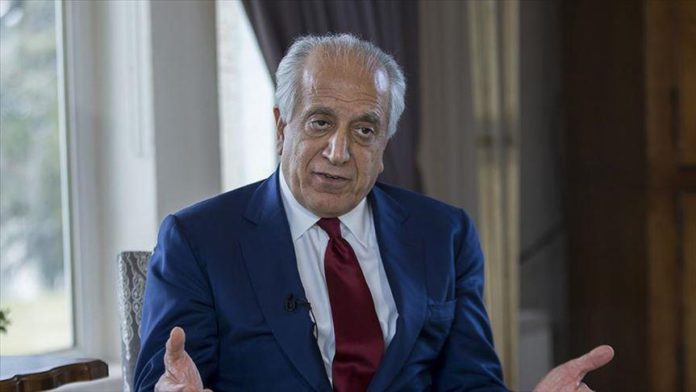 Top US peace broker Zalmay Khalilzad has begun his shuttle diplomacy tour of Qatar, Uzbekistan, and Pakistan amid ensuing violence across Afghanistan.

In a series of tweets on Saturday, the Afghanistan-born seasoned US diplomat said he was returning to Doha and the region to continue “determined diplomacy” in pursuit of a peace agreement between the Islamic Republic of Afghanistan and the Taliban.

“We will work vigorously with all Afghan parties and regional and international stakeholders to try and help the sides find a path to ending this war, one that ensures Afghanistan’s security, unity, sovereignty, territorial integrity, and ends the agony of the Afghan people,” said Khalilzad.

The US special representative for Afghanistan, who brokered a key deal with the Taliban paving way for the troops withdrawal went on to say: “America’s military engagement in Afghanistan is coming to an end. Our commitment to Afghanistan is not.”

This came amid reports of renewed talks between the Taliban and the Afghan officials over five key issues in the Qatari capital. Afghanistan’s local Tolo News reported that the talks focused on issues, including a future Constitution, cease-fire, political roadmap, and political participation in the transition period.

There were no immediate comments from either side on it.

Meanwhile, the US State Department said Khalilzad will work with all parties as well as regional and international stakeholders to further advance a consensus on a political settlement in the war-torn country.

“Political accommodation on the part of all sides remains urgent. The sooner the sides can agree to a negotiated settlement, the sooner Afghanistan and the region can reap the benefits of peace, including expanded regional connectivity, trade, and development,” it said in a statement.

In Tashkent, Khalilzad is also set to participate in an international conference hosted by the Uzbek government on regional connectivity.

Afghan forces, meanwhile, have claimed to kill around 200 insurgents in counterterrorism offensives on a daily basis.

Germany: 2.8M children grow up in poverty amid pandemic