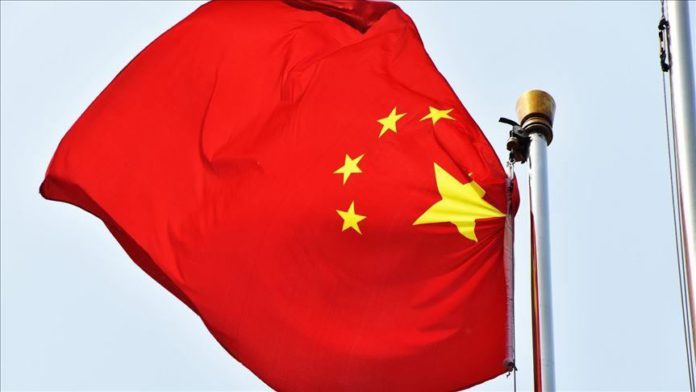 The second consecutive visit by a top US official to Taiwan has left Beijing seething with anger as the Chinese army kick-started yet another military drill in the Taiwan Strait.

US Under-Secretary of State for Economic Growth, Energy, and Environment Keith Krach landed in Taiwan on Thursday evening to attend the memorial service for former Taiwanese President Lee Teng-hui set for Friday.

“The United States honors President Lee’s legacy by continuing our strong bonds with Taiwan and its vibrant democracy through shared political and economic values,” said a statement from the US State Department.

Lee died on July 30 this year.

This is the second high profile visit by any official from Washington to Taiwan, which China claims as its “breakaway province” while Taipei insists on its independence since 1949. At least 16 countries or territories recognize it as such and have formal diplomatic relations with Taipei.

Early last month, US Secretary of Health Alex Azar paid an official visit to Taiwan – the highest-level visit by any US official in the last 41 years since Washington switched diplomatic recognition to China in 1979.

After Krach landed in Taipei, Taiwan’s President Tsai Ing-wen tweeted: “Welcome to Taiwan… Keith Krach. We appreciate you & your delegation coming all this way to pay your respects to our beloved former President Lee. We treasure our strong bond with the US, just as President Lee did, & hope to work with you to make it even stronger.”

Tensions between the US and China have mounted after President Donald Trump accused Beijing of an imbalanced trade, triggering continuous hike in tariffs from both sides.

The COVID-19 pandemic solidified Washington’s tirade against Beijing, accusing the latter of concealing real time information about the deadly virus which was first reported in China’s Wuhan city last December.

While the US official landed in Taiwan, China’s military announced it is launching a “real-combat military exercise” of the Chinese People’s Liberation Army near the Taiwan Strait.

Ren Guoqiang, a representative of the Ministry of National Defense, told Xinhua News Agency the exercise “is a necessary move aimed at the current situation in the Taiwan Strait to safeguard national sovereignty and territorial integrity.”

Meanwhile, in New York, China protested against a lunch meeting between a US representative to the UN and Taiwan’s top official.

China’s deputy permanent representative to the UN Geng Shuang said: “The Taiwan question refers to China’s core interests and China urges the US to clearly understand the sensitivity and abide by the one-China policy so as to not create new obstacles for China-US ties,” daily Global Times reported.

The US Ambassador at the UN, Kelly Craft, had a luncheon meeting on Wednesday with James KJ Lee, director of the Taipei Economic and Cultural Office in New York.

James dubbed the meeting “historic” and a further step in the Trump administration’s campaign to strengthen relations with the self-governing island.