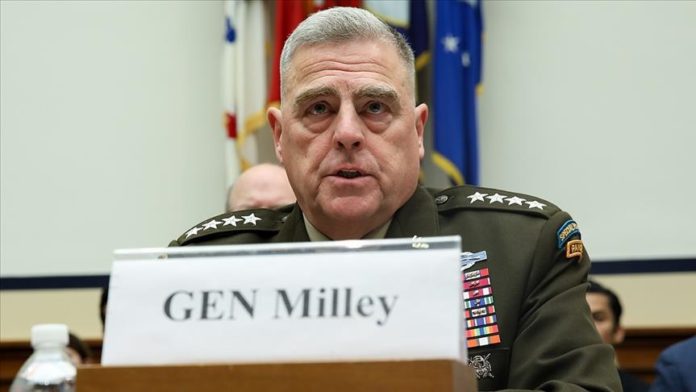 Top US general met with Taliban negotiators in Doha, Qatar this week to discuss the reduction of violence in Afghanistan, according to a Joint Chiefs of Staff (JCS) statement released Thursday.

Gen. Mark Milley, the chairman of JCS, along with negotiators from the Special Representative for Afghanistan Reconciliation, sat down at a table with Taliban representatives “as part of the military channel established in the U.S.-Taliban agreement,” Spokeswoman Cmdr. Sarah Flaherty said.

Milley underlined the need for an “immediate reduction of violence and accelerate progress towards a negotiated political solution which contributes to regional stability and safeguards U.S. national interests,” Flaherty added.

Earlier this month, the Afghan government and the Taliban confirmed that the procedure for intra-Afghan talks has been finalized, a development that has been widely welcomed.

The announcement marked the first major breakthrough since talks between the Kabul government and the Taliban started in Doha on Sept. 12.