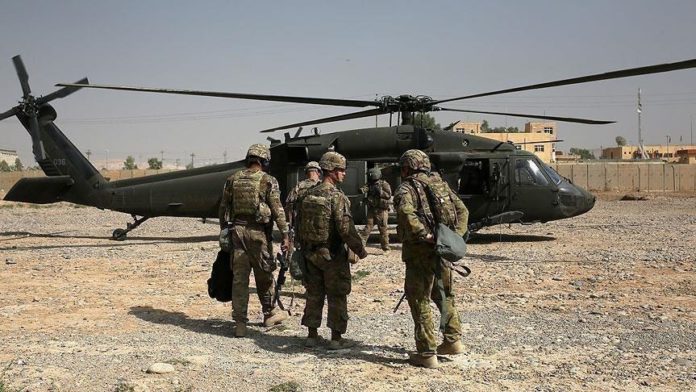 The top US military commander in Afghanistan resigned from his post on Monday as more than 90% of US troops have left the war-ravaged country after two decades of engagement.

In a humble ceremony, Gen. Scott Miller, the longest-serving commander of US troops in the country, gave the charge for the remaining forces here to Gen. Frank McKenzie, commander of the US Central Command (CENTCOM), which looks after the Middle East, Central and South Asia and Egypt in Africa.

In his farewell speech, Miller thanked the US allies for their service and urged the Taliban to shun violence. “The violence that is going on is against the will of the Afghan people and it needs to stop … I’ve told them it’s important that the military sides set the conditions for a peaceful and political settlement in Afghanistan,” he said.

Miller oversaw the landmark deal between the Taliban and the US last year in the Qatari capital Doha that paved the way for the American withdrawal from Afghanistan nearly 20 years after the 2001 invasion.

Only the flags of the US, UK, and Turkey remained flying at this former NATO Resolute Support headquarters, which is now part of the US Embassy complex, said military newspaper Stars and Stripes.

The command based in the capital Kabul will be led by Rear Adm. Peter Vasely, a two-star Navy SEAL. Troops at the embassy also will help with security requirements at the capital’s Hamid Karzai International Airport, it added.

Turkey taking over security at the airport has been discussed, but nothing has been finalized.

‘You can count on our support’

On his term, McKenzie reassured Afghan officials that the US will continue to help Afghanistan, even after troops leave. “It’s not the end of the story, it’s the end of a chapter,” McKenzie said. “You can count on our support in the difficult days ahead.”

He added that the US would retain a protective posture to enable an ongoing diplomatic presence.

With US forces ahead of schedule on their withdrawal from Afghanistan, Bagram Airfield, the biggest US military station in the country, was transferred to Afghan forces last week.

For their part, the Taliban hailed the move.

In February 2020, the US reached an agreement with the Taliban to completely withdraw from Afghanistan by May 2021, later pushed back to Sept. 11 of this year.

The deployment of foreign troops to Afghanistan began on Oct. 7, 2001 when the US and UK launched Operation Enduring Freedom. They were joined by some 43 NATO allies and partners after the UN authorized the International Security Assistance Force (ISAF) that December.

At its peak, there were an estimated 130,000 foreign troops in Afghanistan. This mission was declared completed on in December 2014, with the size of foreign troops drastically reduced and combat operations by all members almost entirely ended, with the exception of the US.

Multilateralism in focus at TRT Forum 2020