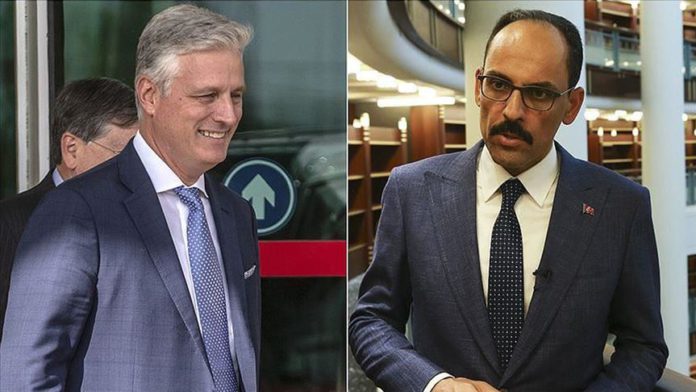 The two officials discussed various issues including recent developments in Syria and Libya, the fight against terror, the COVID-19 pandemic, and economic relations between the two countries.

It was stated that the necessary conditions for sustainable cease-fire in Libya should be maintained, the security concerns of the UN-recognized Libyan government should be addressed, and the negotiation process should be resumed.

It was emphasized that legitimate and reliable actors should be supported in order to promote a political solution under the leadership of the UN.