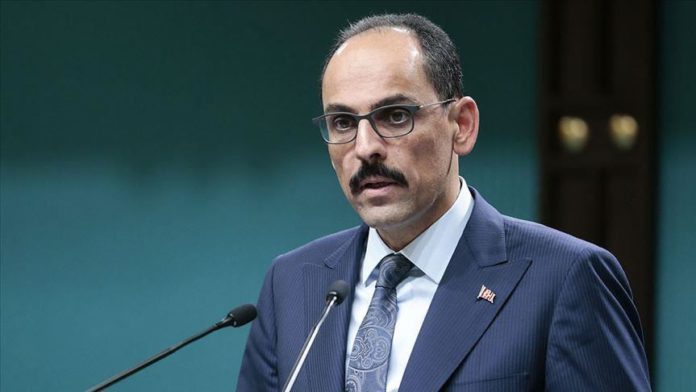 Senior officials from Turkey and the US held a phone call Thursday on various issues including recent developments in the Eastern Mediterranean.

According to a statement by Turkey’s presidential spokesman Ibrahim Kalin, he told US National Security Advisor Robert C. O’Brien that Ankara did not desire an escalation in its dispute with other countries in the region.

Rather it supports a model under which all sides could equitably share the region and its resources in a fair way, as Turkish President Recep Tayyip Erdogan has previously proposed, said the statement.

Kalin also underlined that Greece’s unilateral and maximalist policy, which has served to escalate tensions and ignored international law, is unacceptable and that such approaches should be avoided for there to be a political solution.

Stressing Turkey’s determination to protect its rights and those of the Turkish Republic of Northern Cyprus (TRNC) in the Eastern Mediterranean, he also said all of effort will be made to make the Mediterranean a “sea of peace.”

Turkey — the country with the longest coastline on the Mediterranean — has sent out drillships to explore for energy on its continental shelf, saying that Turkey and the Turkish Republic of Northern Cyprus (TRNC) have rights in the region.

Dialogue for sharing these resources fairly will be a win-win for all sides, say Turkish officials.