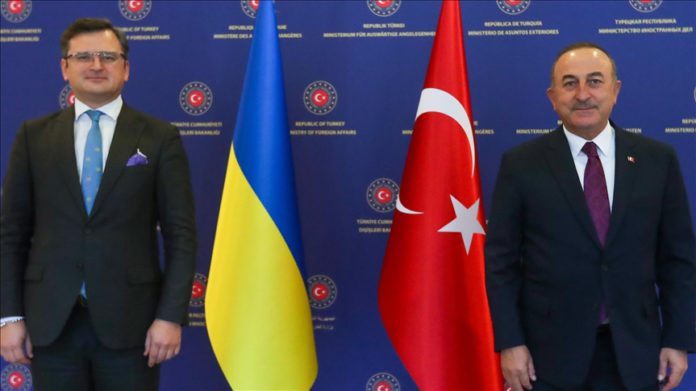 The Turkish foreign minister met on Wednesday his Ukrainian counterpart, he said on Twitter.

Mevlut Cavusoglu said he held a “frank meeting” with Dmytro Kuleba in the capital Ankara.

Cavusoglu added that they will continue to strengthen bilateral relations, especially in military cooperation and the defense industry.

“We welcome the ‘Crimean platform’ initiative,” he said.

Ukraine has suggested the creation of the platform as an international coordination mechanism to handle the situation in the Crimea region.

Turkey, as well as the UN General Assembly, view the annexation as illegal.

Kyiv also blames Moscow for separatist violence in eastern Ukraine, near the border with Russia.