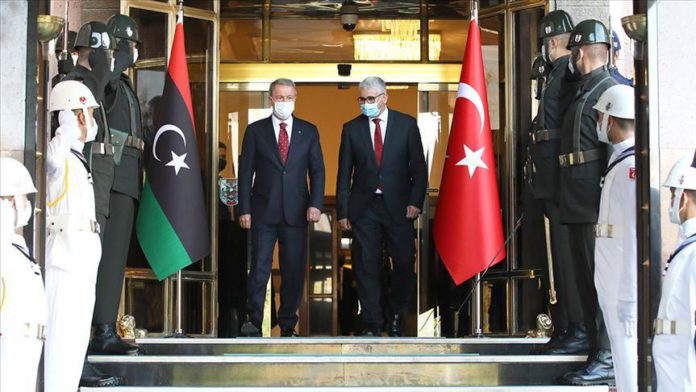 The ministers held a one-on-one meeting to exchange views, it added.

With Turkish support, Libya’s government has recently turned the tide against the forces of warlord Khalifa Haftar, while stressing that there is no military solution for Libya.