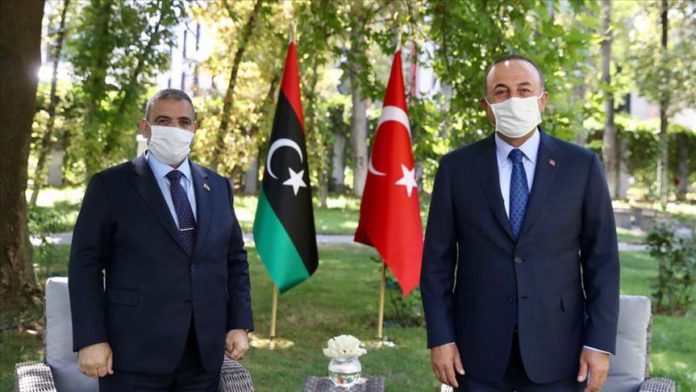 Turkey’s foreign and defense ministers on Friday met separately with Khaled al-Mishri, the head of Libya’s High Council of State.

Foreign Minister Mevlut Cavusoglu, in a statement, said the two discussed Turkish cooperation with “brotherly” Libya, which he said grows stronger every day.

Saying both countries are determined to speed up joint economic and commercial projects, he added that Turkey will continue to support the political process in Libya.

In November 2019, Turkey and Libya signed pacts on security cooperation and maritime boundaries.

Last Friday, Libya announced a cease-fire and ordered the military to stop all combat operations, specifying that the areas of Sirte and al-Jufra must be demilitarized, and calling for elections next March.

On Thursday, the Libyan army said militias loyal to warlord Khalifa Haftar had violated the cease-fire.