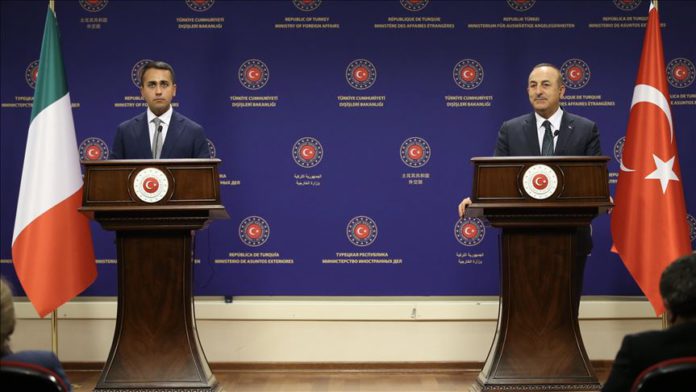 Turkish and Italian foreign ministers held a press conference in the capital Ankara on Friday.

Cavusoglu said Turkey and Italy will continue working for a lasting peace and an efficient political process in Libya.

“We are aware of the critical role that Italy has played. We thank them. They played a balanced role,” Cavusoglu said.

He said Italy, unlike some EU countries, has not taken sides with the putschist Khalifa Haftar.

“Italy has made sincere efforts for a cease-fire and political process,” he said.

Cavusoglu said Turkey would like to see Italy on other platforms about Libya and this request has been conveyed to Russia and other countries.

Under the deal, Turkey has sent advisors to help the Libyan army defeat the militias of warlord Khalifa Haftar.

The Libyan army recently inflicted heavy blows on Haftar and liberated the capital Tripoli and Tarhuna, in addition to other strategic locations, including Al-Watiya airbase, from his militias.