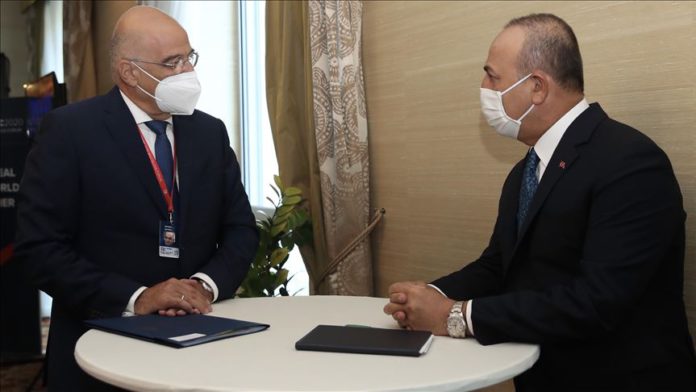 The Turkish and Greek foreign ministers on Thursday discussed the dispute over the Eastern Mediterranean and around the island of Cyprus, according to Turkish diplomatic sources.

Turkey’s Mevlut Cavusoglu and Greece’s Nikos Dendias met on the sidelines of the GLOBSEC Bratislava Global Security Forum in Slovakia’s capital, added the sources, who asked not to be named due to restrictions on speaking to the media.

No details were released on the closed-door talks.

Earlier this week, NATO Secretary General Jens Stoltenberg visited Cavusoglu and then Dendias to resolve the tensions over energy exploration in the Eastern Mediterranean.

The visits came after Turkey and Greece reached a “common understanding on general principles” on the Eastern Mediterranean in meetings at NATO headquarters in Brussels last week.

Greece has disputed Turkey’s energy exploration, trying to box in Turkish maritime territory based on small islands near the Turkish coast.