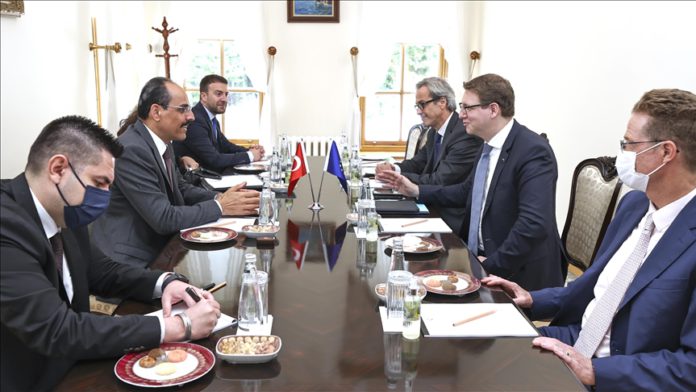 In the meeting at the Dolmabahce Palace in Istanbul, Kalin and Seibert discussed Turkey-EU relations, Turkey’s accession process to the EU, customs union, cooperation in migration-related issues, Cyprus, Libya, Syria and Afghanistan, according to diplomatic sources.

Turkey’s expectations regarding renewal of the current migration deal, and the customs union between Turkey and the bloc were also on the table.

Kalin and Sibert agreed to continue diplomatic cooperation to ensure peace and stability in regional hotspots including Syria, Libya, and Afghanistan.

Ambassador Nikolaus Meyer-Landrut, head of the EU delegation to Turkey, was also present in the meeting.