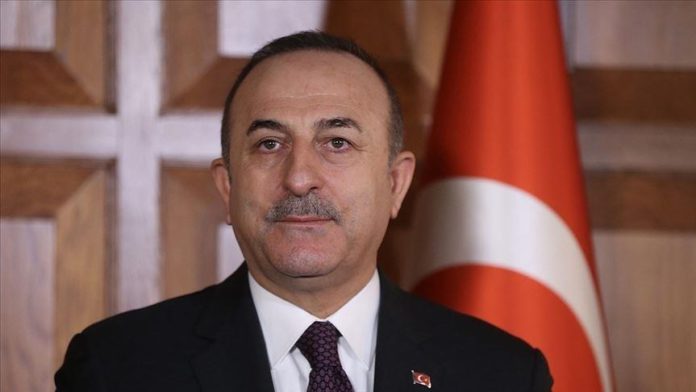 Addressing the tour as a great opportunity to boost the fraternal relations between the two Muslim countries, Turkish Ambassador in Dhaka Mustafa Osman Turan said: “We hope that the visit of Foreign Minister Mevlut Cavusoglu will open a new and promising chapter in our relations with Bangladesh.”

Turan added that the two ministers will discuss issues “ranging from trade and investments to the Rohingya refugee crisis”.

According to official records, the bilateral trade volume for 2019 was around $1 billion, while it has reached $754 million in the first 10 months of this year despite the pandemic.

“The two countries have a significant opportunity to upgrade their relations to a new and strategic level,” Turan stressed.

Arriving in Dhaka Tuesday evening, Cavusoglu is scheduled to stay in Bangladesh till Wednesday evening, according to Turkish embassy sources.

During the tour, he will visit Bangabandhu Memorial Museum, once the personal residence of Bangladesh’s founding leader Sheikh Mujibur Rahman.

Cavusoglu will also hold a meeting with his Bangladeshi counterpart AK Abdul Momen on Wednesday.

According to Bangladesh Foreign Ministry sources, the meeting will be held at the state guest house Padma in the capital Dhaka. After the meeting, the two ministers will brief the media.

On Wednesday, Cavusoglu will formally inaugurate the newly constructed Turkish Embassy in Dhaka while Momen is expected to accompany him.

Referring to the new embassy building, Turan said: “Our new embassy compound will be a symbol of our strong ties of friendship and solidarity.”

Bangladesh’s interest to invite Turkish President Recep Tayyip Erdogan to Dhaka on March 26, 2021 to join the golden jubilee of independence of the south Asian country may also be discussed during the talks, Turan added.