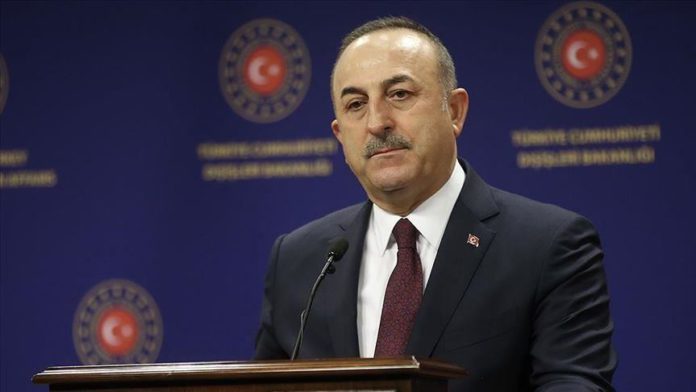 Turkey’s top diplomat will participate in a teleconference Tuesday on the future of Syria and its region.

Foreign Minister Mevlut Cavusoglu and his international counterparts will take part in the IV Brussels Conference, to be co-chaired by the European Union and the UN, the Turkish Foreign Ministry said in a statement.

“During the conference, which is the main platform for financial pledges for Syria, and regional countries hosting Syrians, including Turkey, donor countries and other stakeholders will declare their financial contributions for the period ahead,” the statement said.

The meeting aims to support efforts for a UN-sponsored political solution to the Syrian conflict, and address the humanitarian crisis in the war-torn country.

“Turkey, in line with equitable burden- and responsibility sharing, expects the continuation of international community support during the conference organized at a time when the COVID-19 pandemic has worsened living conditions of displaced Syrians, thus increasing the burden on host countries,” the statement added.

Turkey has long promoted a political solution to the conflict, working for cease-fires to protect civilians from the ravages of war, encouraging safe access for humanitarian aid, and supporting a commission to draw up a new Syrian constitution.

Ankara has also worked for the safety of local Syrians near its borders by preventing the formation of a terrorist corridor there.

Turkey currently hosts some 3.6 million Syrian refugees, more than any country in the world.