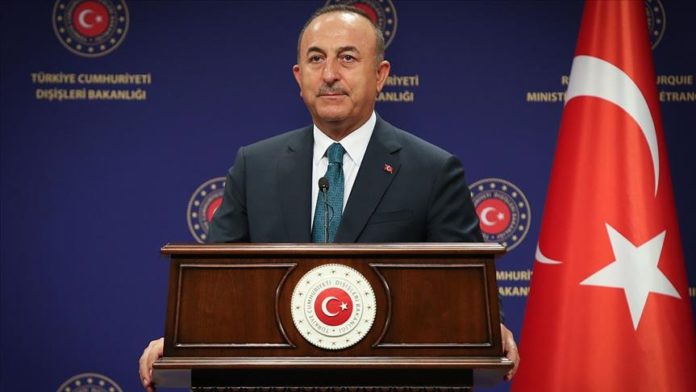 Baseless statements of Iran, targeting Turkey and the Turkish president are not acceptable, said Foreign Minister Mevlut Cavusoglu on Saturday, according to diplomatic sources.

Mevlut Cavusoglu in a phone talk with his Iranian counterpart Mohammad Javad Zarif slammed the unfounded statements about Turkey and Turkish President Recep Tayyip Erdogan, said the sources, who asked not to be named due to restrictions on speaking to the media.

The sources said that during the conversation, the attitude of the Iranian side over the poem was discussed, noting that Cavusoglu said the poem Erdogan read in his speech in Baku was about Karabakh and that the president during his speech did not mention Iran, not even implicitly.

While channels were open to convey views on the issue to Turkey, the baseless and heavy statements of Iran that targeted the Turkish president were “unacceptable”, Cavusoglu stressed, according to the sources.

Reminding Turkey’s support for the country during the most difficult periods when everyone turned their back on Iran, he said that forgetting this fact increased the disappointment over Iran’s baseless statements.

Earlier Friday, Iran summoned Turkey’s ambassador to the country over a poem Erdogan read out during a ceremony in Azerbaijan.

Turkey on Friday summoned the Iranian ambassador over unfounded allegations made about the Turkish president.