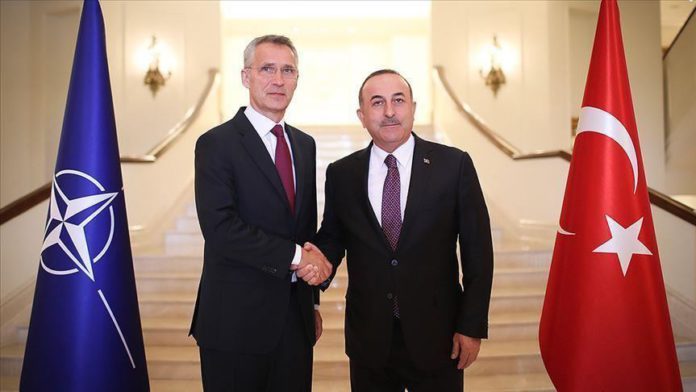 Turkey’s foreign minister and the head of NATO on Wednesday spoke on the phone about the latest developments in the Eastern Mediterranean, as well as Libya, said an alliance statement.

Expressing his concern about the tension in the Eastern Mediterranean, Stoltenberg stressed that dialogue and reducing tension would be good for the region.

Turkey and Greece – both NATO allies for decades – need to solve the problem in line with international law, it added.

Opposed by Athens and the Greek Cypriot administration, Turkey has sent energy exploration vessels out along its continental shelf, in areas it declared years ago to the UN.

The Turkish ship Oruc Reis is on two-week mission until Aug. 23 along with the vessels Cengiz Han and Ataman.

NATO, as is customary in disputes between member states, has not taken a stand on the situation.

Based on small Greek islands just off the coast of Turkey, Athens and the Greek Cypriot administration have sought to illegally confine Turkey to its shores, although it has the longest coastline on the Mediterranean.

Turkey has urged dialogue to reach a win-win solution under a fair sharing of the region’s maritime energy resources.

Turkish President Recep Tayyip Erdogan has said the only solution to the dispute lies through dialogue and negotiation, and urged Athens to respect Turkey’s rights.

Turning to the situation in Libya, Stoltenberg said NATO fully supports UN efforts to find a political solution to the crisis, adding: “All parties in Libya, and all members of the international community, should support the UN-led process and respect the UN arms embargo.”

”Mr. Stoltenberg also expressed support for the Berlin process – based on a meeting in Germany this January – which is complementary to UN efforts to achieve peace and stability in Libya,” it added.

Haftar has the support of the United Arab Emirates, Egypt, and Russia while the UN-recognized government is backed by Turkey and Qatar. 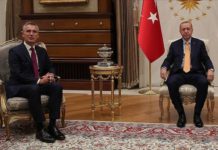 August 19, 2020
We use cookies to ensure that we give you the best experience on our website. If you continue to use this site we will assume that you are happy with it.Ok